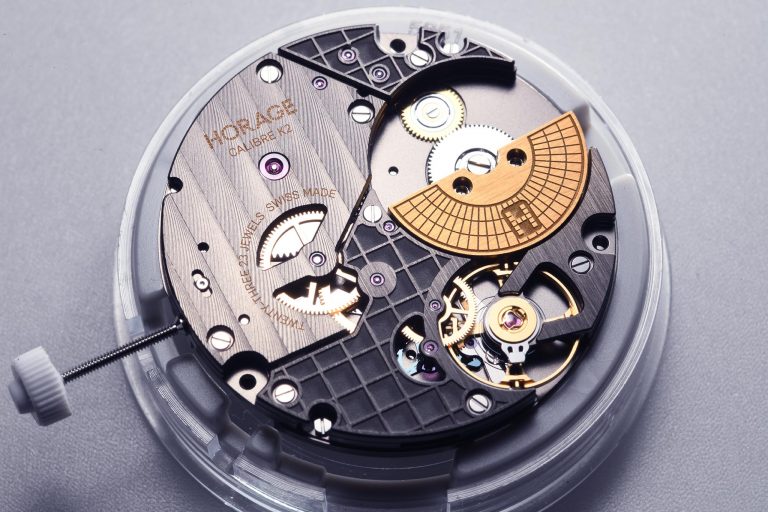 A Photographic Tour of the Horage Manufacture

Earlier this year, before I made my way to Watches and Wonders in Geneva, I got an opportunity to visit Horage to see what they do in the place that they do it.

As you know, Horage is one of the very few brands that actually engineers and produces the movements that they make, which is surprising considering that they are a small company that produces only about 1,000 watches a year. Despite this however, they have released two in-house movements, the highly modular K1 calibre, the K-Tou with tourbillon, with one more, the micro-rotor equipped K2 on the way, with the spectacular Supersede.

I’ve said it before, and I’ll say it again. Horage is a brand that you should pay attention to right now. Afterall, most watch brands are, to put it bluntly, merely “watch assemblers” instead of “watchmakers”. If everyone were more accurate in the use of the word “watchmaker”, then Horage would stand out as one of the few that actually deserves that label.

But enough of the fluff, let’s take a look at my photographic tour of Horage, located in Biel/ Bienne in Switzerland, and see through my camera what they do.

After a multi-hour flight and landing in Zurich, I make my way to the train station below the airport, and wait for the train traveling west towards Geneva. Horage is located in the town of Biel/ Bienne which is about halfway between Zurich and Geneva, making it an easy place to visit.

Biel/Bienne lies on the language boundary between the French-speaking and German-speaking parts of Switzerland, and is bilingual throughout. Biel is the German name for the town; Bienne its French counterpart. The town is often referred to in both languages simultaneously. Biel/Bienne is home to some famous watch brands, such as Rolex and Omega. Shown here is the Omega Museum that you can also visit if you happen to be in town picking up your Horage watch .

It is also possible to visit Lake Biel, one of the three large lakes in the Jura region of Switzerland. Shown here with a prototype of the Horage Supersede that I was allowed to test during the duration of my visit – I asked nicely.

The Horage Manufacture is located on one of the floors of this building, located at the entrance to the Taubenloch, a beautiful gorge in Biel/Bienne that we will explore a little together later.

This is the main engineering and production area of Horage, with conference rooms on the side, and storage at the back. Although I am told that the space has been enlarged since my visit, with the company occupying almost the entire floor.

The main competence of Horage is as a movement maker, and the above pictures illustrate this point. All these components are part of the balance wheel made by suppliers, but assembled and engineered by Horage. The ongoing goal of the brand is to have as much of the watch made in-house as possible, while respecting the limits of their abilities in relation to the abilities of outside suppliers who specialise in particular components. This commitment is exemplified by the CNC machines that they own that are used to make gears, movement plates, and movement bridges that while located at a suppliers’ facility, are entirely managed by Horage technicians.

Silvan D, Industrial Engineer, is in charge of movement development and here he is optimising the number of separate parts that go into all Horage movements. In particular, he is looking to see if any of the parts in the existing K1 and K-Tou movements can be shared with the upcoming K2 movement. By increasing the number of shared components between movements, inventory management and the assembly process of the movements is made simpler.

Aside from engineering on the computer, all engineers must get hands on with the movements they develop since it is only through the assembly process that issues or areas of improvement are found. Silvan jumps from the drawing board and final series production on a daily basis, and it is this hands on approach that has enabled Horage to quickly optimise and scale incredibly quickly.

This is the Horage K2 calibre, a brand new movement that will debut in the upcoming Supersede GMT. The most obvious feature of the movement is the micro-rotor, which allows the benefit of automatic winding to the watch, as well as allowing owners a few of the finishing of the movement.

Parts that come from suppliers to Horage have to pass Silvan’s inspection before making their way down the assembly process. Here he is shown, visually inspecting ratchet wheels for quality. Given that he is the one who designs and engineers the components on the computer before they are made, he probably knows what to look for.

This is a part of watchmaking that plenty of other brands without their own in-house movements do not need to do, and that is classifying the balance wheels and balance springs. Lenny, a watchmaker in charge of regulation and building, is shown here classifying the balance wheels springs into different categories, with the purpose of matching each one to an appropriate balance wheel. I tried to get him to explain what he is looking for in each balance spring and how he matches it up to a balance wheel, but it was too complicated for me to understand. Let me know if you want more detail on this for a future article though and I’ll ask further. Long story short though – Horage and a handful of other movement makers do this step. Most watch brands don’t because they get it all done from an outside supplier. That is what makes the difference.

Based on Lenny’s classification, the balance wheels and balance springs are placed in these containers, ready for the next step in the assembly process.

Watchmaker Leon shows us the day to day reality of the watch production process which has multiple complex steps that can be done concurrently. Here he is multitasking, monitoring the regulation process of the assembled tourbillon movements, assembling a batch of tourbillon cages at the same time, while listening to music.

The first Horage Tourbillon 1 came with a COSC option which 50% of customers took up, which explains the regulation process in-house before being sent out to be officially certified.

All of the watchmakers at Horage are very experienced, with many having previously worked in some of the bigger brands in the region. Laurent, the watchmaker shown here is one example, and he is the main guy who handles T2 watch assembly, which basically means that he cases up the assembled movement of the watch from a prepared parts kit as shown, adding the dial and hands and placing it in the case. Your Horage watch was most likely put together by him or any number of the engineers or watchmakers as everyone shares in the responsibility of final production.

If you had bought a Tourbillon 1 from Horage, you would have found a small Fuji Instax print of the watchmaker who assembled the watch inside. This step is done immediately with a red Leica Sofort camera after the watch is assembled.

One of the things that is most impressive about Horage is the way that the brand has built up their fan-base through regular communications through their website, social media, as well as live video presentations. I happened to catch one during my time there given by Andi Felsl, Founder of Horage and Landon Sirling, Marketing Director.

Andi also introduced me to this “Wurst-Kasesalat” or “Sausage cheese salad” bought at Migros, that is made up of cheese, sausage, pickles and a vinegar based dressing. It will be part of my meals to come in Switzerland.

I mentioned the Taubenloch, a beautiful gorge in Biel/ Bienne that you have to visit if you’re there. It’s an easy 45 min hike in and out. Incidentally, this is the place that inspired that dial colours of the Autark T5 shown below.

Here are more pictures of the Taubenloch for you to enjoy.

Hope you’ve enjoyed this little tour to Biel/Bienne and to the Horage manufacture. Let the guys know if you’re in the area and you’ll probably be able to see some of the things I saw myself there.

Heave a look at the links below for other Horage articles that you can enjoy.