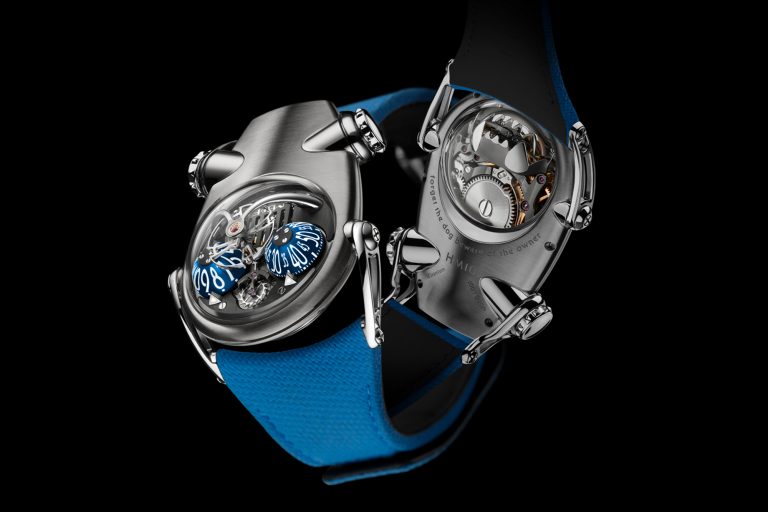 The Horological Machines by MB&F have been wondrous creations, showcasing an attitude to watchmaking that is as once refreshing as it is avant-garde.

Their pioneering idea – to break away from watches as time-telling devices with traditional complications and to re-imagine them as objects of art. Specifically of course, along the theme of recapturing the essence of the toys of childhood and pushing their forms to become the toys of adulthood.

It has been a thrilling idea to follow, with each new creation causing a sugar rush to the brain, with the excitement prompting anticipation to the next crazy thing to emerge from the brain of Max Busser and his co-conspirators.

But I did have a thought along the way – just how far could this idea be pushed? How many forms could be realised within the limitations of the available ingredients? It was a hard thing to embark on for sure, and with each new Horological Machine imposing a crazy schedule on the development process, it was something that only the bravest or the most foolhardy would attempt. 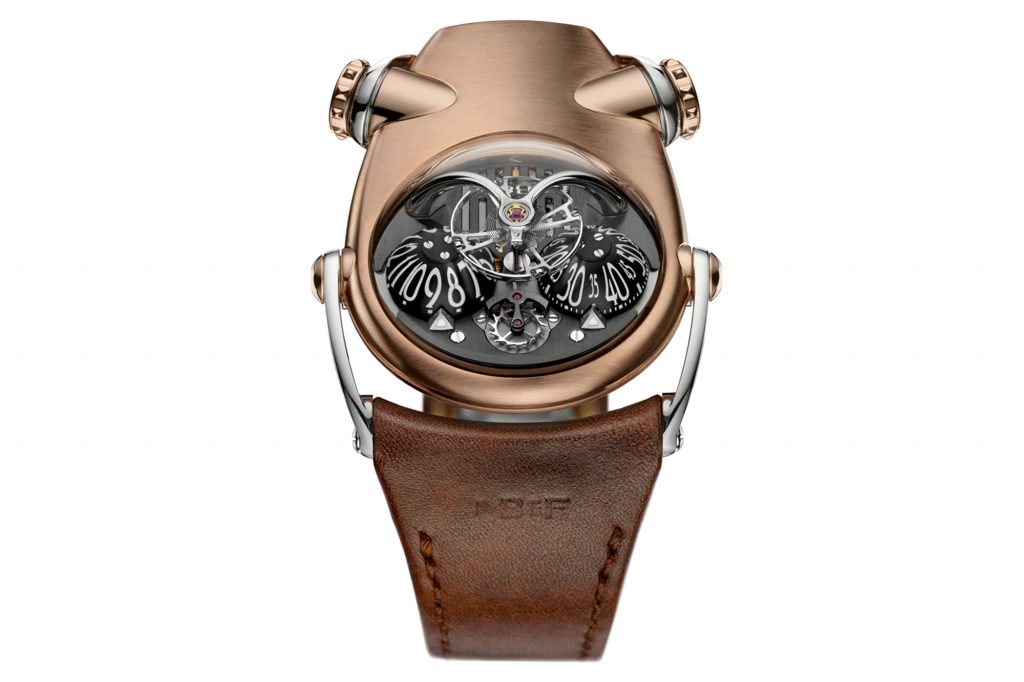 Well the new Horological Machine by MB&F – the HM10 “Bulldog’ does offer a clue.

For starters, the new HM10 ‘Bulldog’ looks more like a frog, and this is on account of the bulbous time telling discs that look like eyes (hours on the right, minutes on the left). It’s basically what we’ve seen before of course, in the earlier HM3, that had variations re-imagined to be a frog and even with the fantastic Boucheron collaboration, an owl. 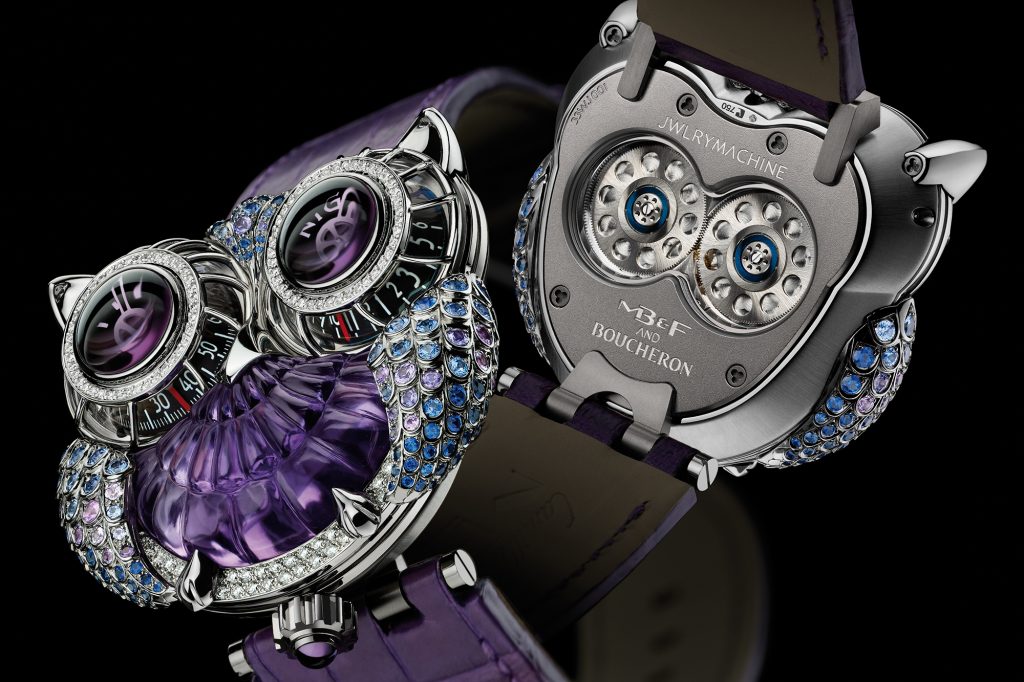 Over the top of these, we find the brand’s signature hovering balance wheel, an idea that has been seen before in the Legacy Machines of the brand.

What makes this a ‘Bulldog’? Well, two things, the first, a unique power reserve indicator that acts as the mouth – which is closed for empty and opened with a full row of teeth for full. 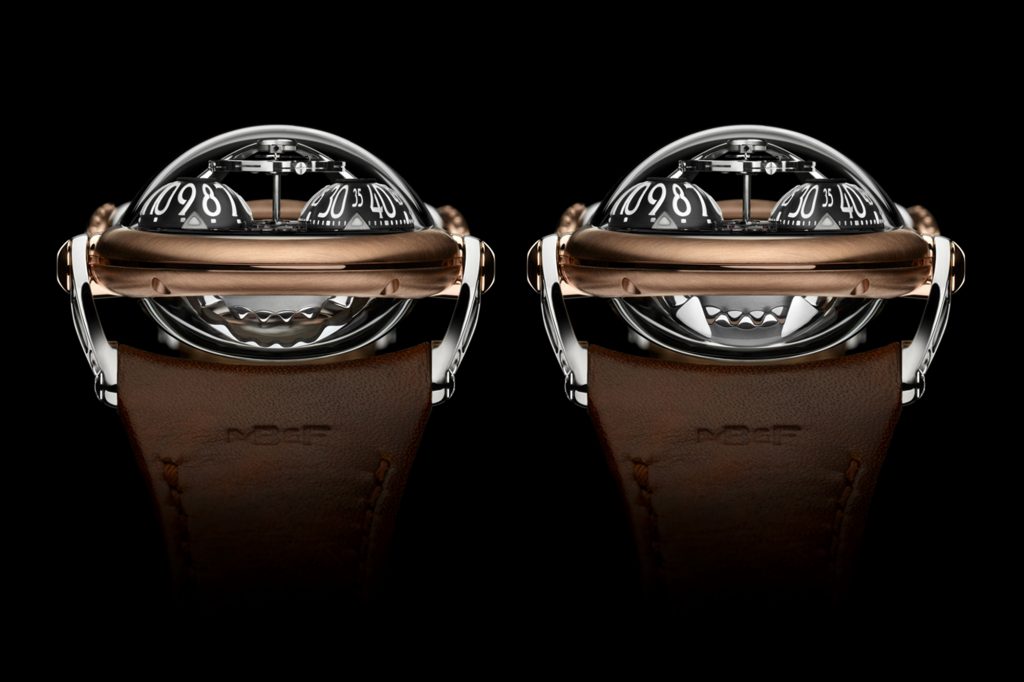 Then there are the lugs that purport to be the legs of the ‘Bulldog’. 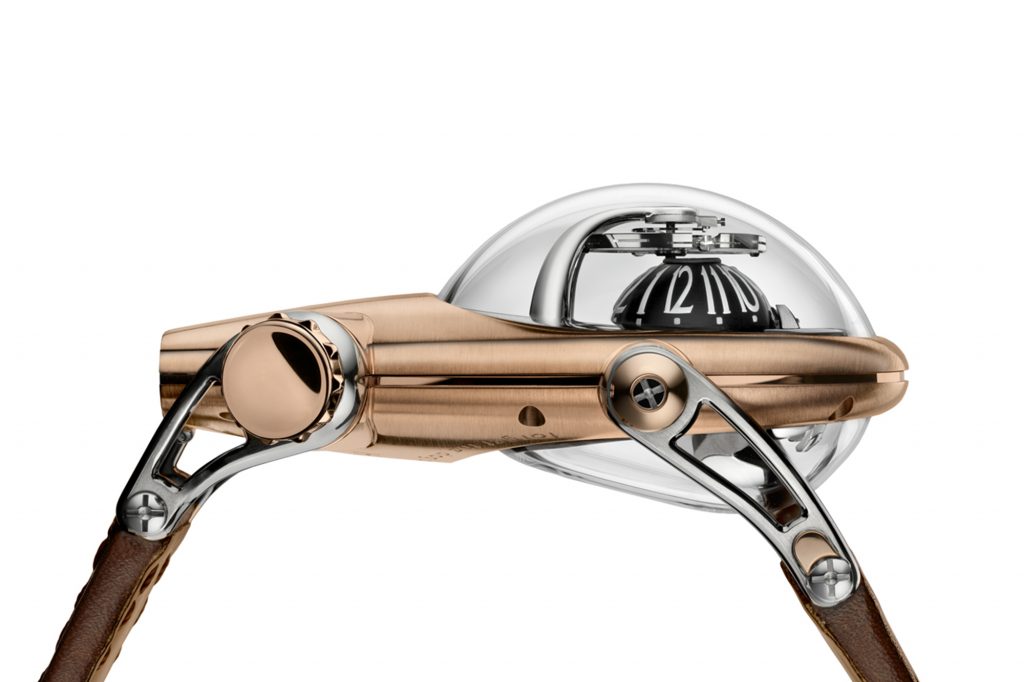 Ok. So I’ve stared at the pictures left and right, up and down, and I don’t see it. I can’t see the ‘Bulldog’. What I see in a frog instead – and the body of the watch and the lugs does look like a frog about to jump. Ok then, how about I call it a bullfrog instead? Maybe a mean bullfrog since it has teeth?

Don’t get me wrong, it’s a nice design, and as it is if it were a continuation of the HM3 Frog, I would gladly accept this new watch as another episode in the continuing chapter of the brand and have nothing more to say. If the advertising visuals had the watch sitting on a leaf, I would feel that all was right with the world and I would be content.

Perhaps it was time to venture into creating a new animal? Or perhaps there was some necessity to appeal to the British by making a watch in tribute to their signature dog breed. Who knows? All I can say is, that with eyes like those, I’m not convinced in any way that it can be anything other than a frog, which makes the engraving found on the underside of the watch -“Forget the dog, beware of the owner”, feel a little strange. 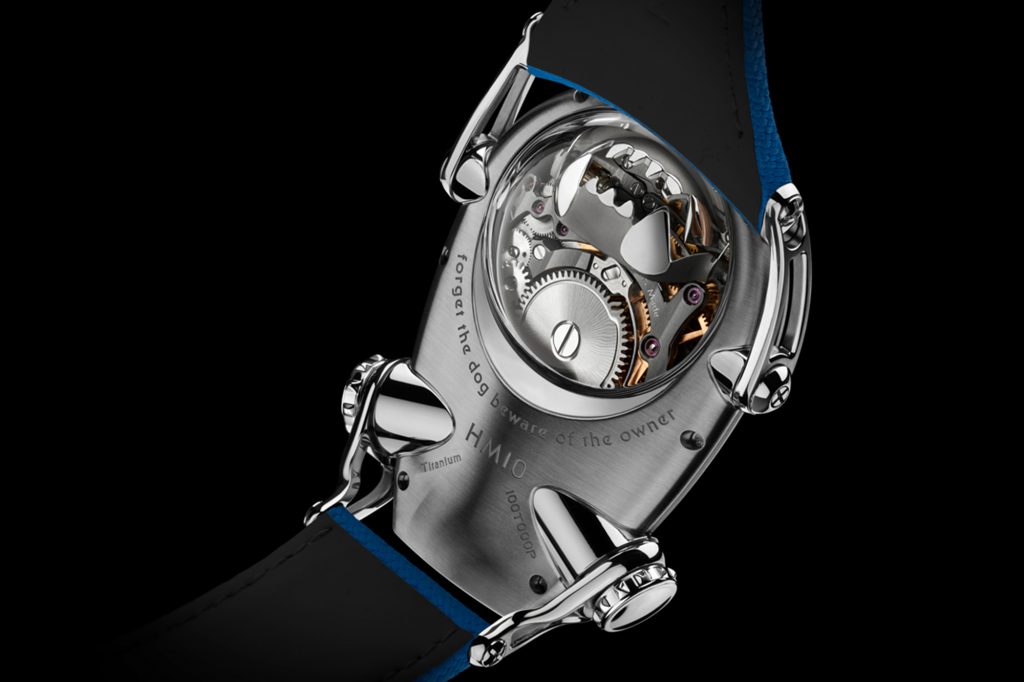 Of course, it’s nice, as in all MB&F watches, that the in-house developed movement has taken the signature horological ingredients from the previous watches and made this one. I’m all for it, because that’s how you build a brand identity with the special things that you create. I also like the symmetry of the dual crown system at the top of the watch (while it is on the wrist) for separating winding and time setting. 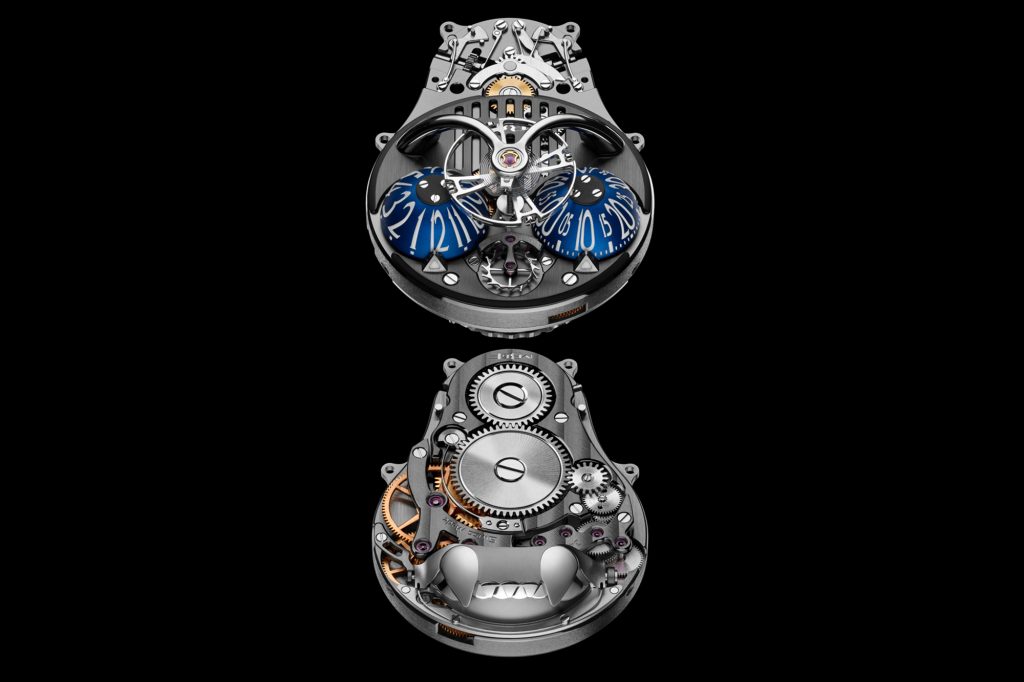 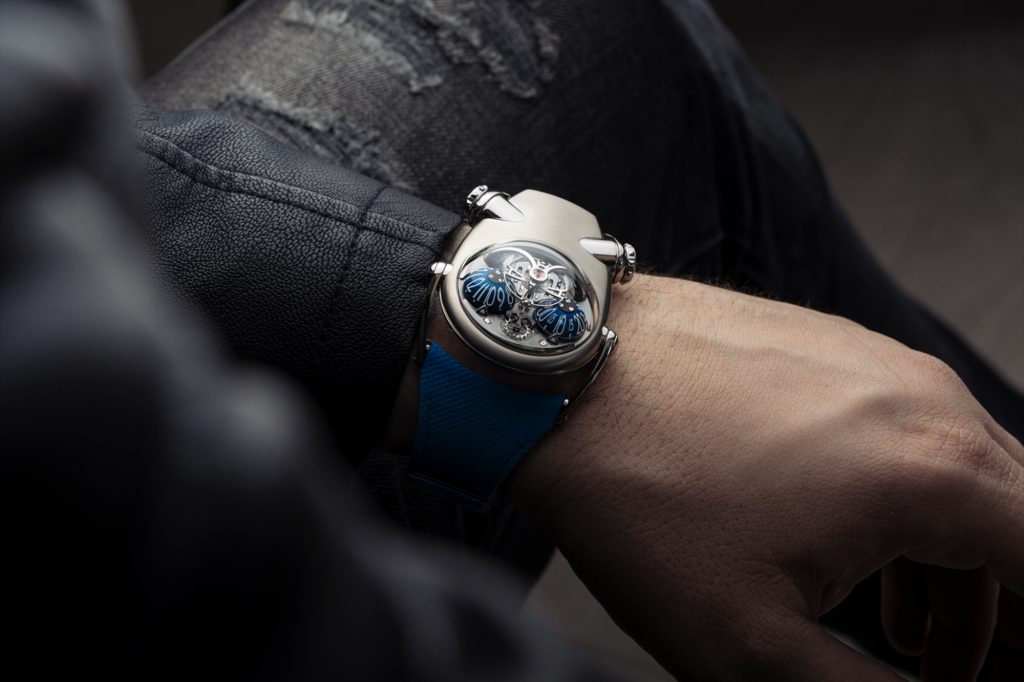 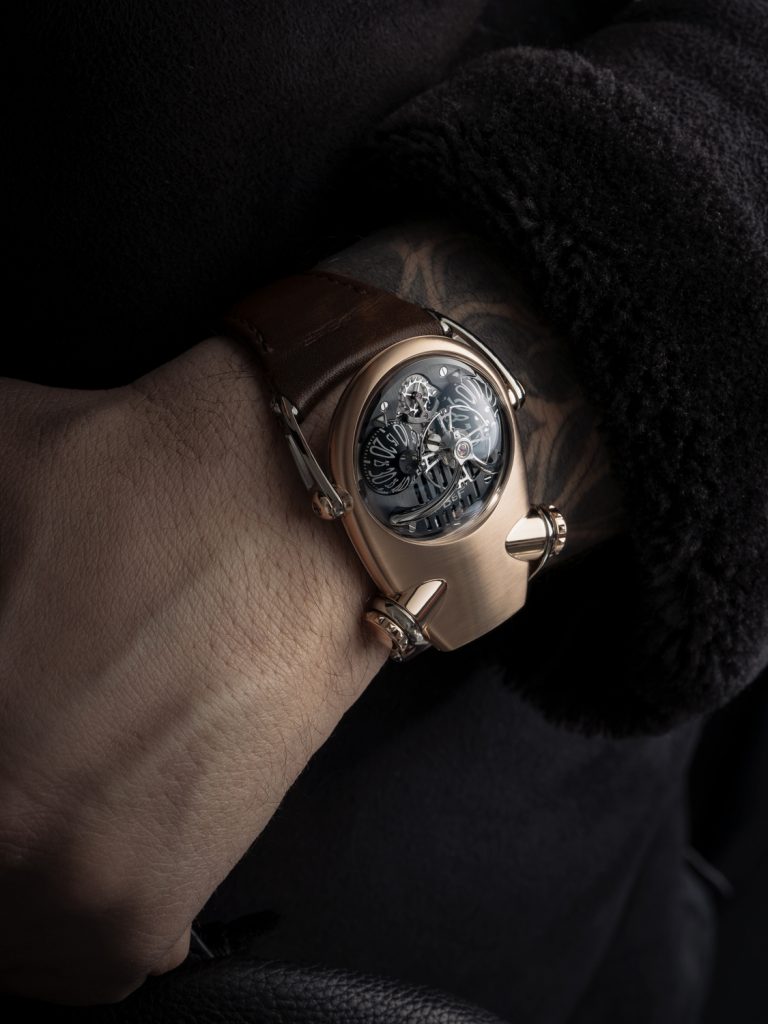 So tell me what you think? Dog or Frog? 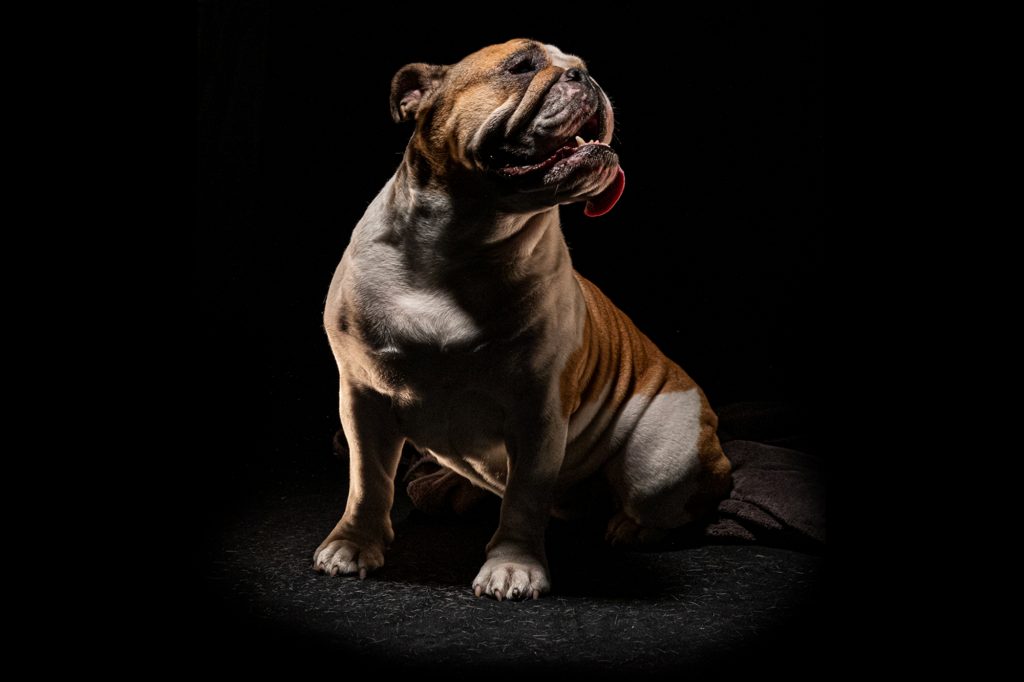