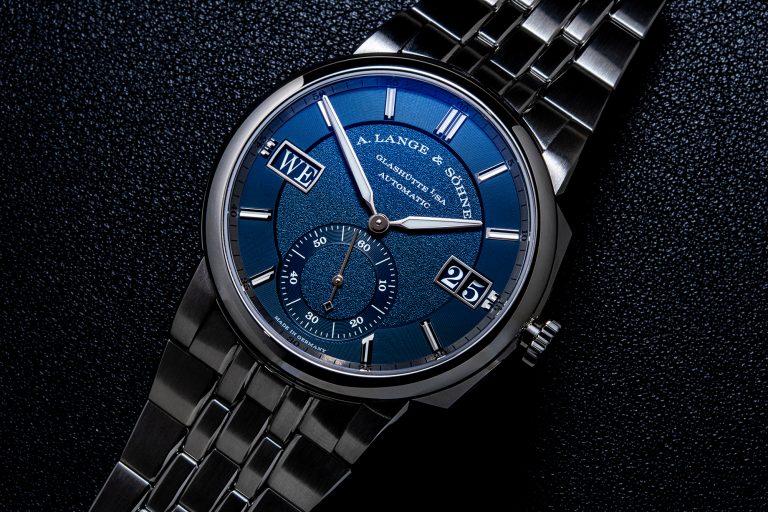 6 reasons why the Odysseus from A. Lange & Söhne is a serious contender in the stainless steel game

It’s been a few months now since the launch of the A. Lange & Söhne Odysseus and the excitement and controversial opinions surrounding its release have calmed down somewhat.

It is now decidedly and convincingly in the collection, and I for one am looking forward to the inevitable dial variations that will come, as well as how A. Lange & Söhne will build it out with new complications.

In my previous article (linked below), I considered how the Odysseus was a necessary step in the evolution of the brand, and how, as shocking to the system it might be to the dedicated Lange fan, was a risk worth taking.

Thoughts around the new A. Lange & Söhne Odysseus

I made these statements at a time when I had not yet seen or handled the Odysseus in person, and had barely come to terms with the new watch itself. Indeed I made it a point to see it in the flesh and when the opportunity came shortly thereafter, I took it.

So what did I make of it?

I’m always reminded of the need, when passing judgment on a new watch, to see and handle it first before anything should be said. With respect to the Odysseus, this statement is truer than ever. 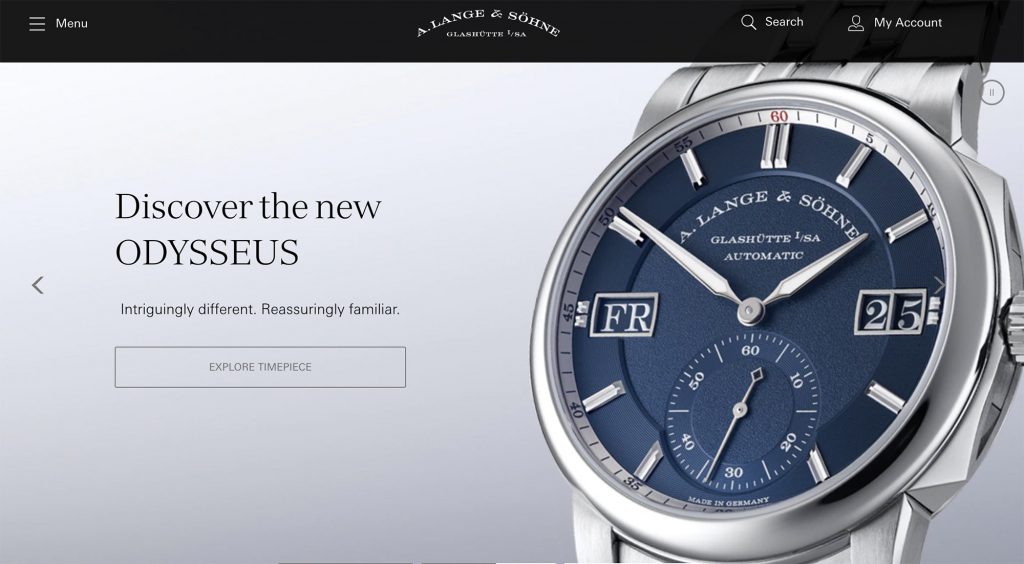 Indeed, from the initial pictures, while I liked the dial, movement and complications it carried, I was not too keen on the look of the bracelet. It seemed to me, on that first impression, too massive, too built up and too ungainly.

In fact, a comment had been going around that said that if the watch had been presented on a leather strap, then all would have been well, and it would have been accepted into the family with nary a protest.

Turns out I was wrong.

I can only ascribe the basis of my impression to the fact that a picture magnifies the watch to higher levels than what the eye sees in person, for when I held the Odysseus in my hand, and tried it out on the wrist, it actually, was very nice.

How nice? Well, I was instantly converted within seconds.

The thing is, I have a program in my brain that constantly scans the environment for any new watches that I might want to acquire. Normally, it is in “sleep” mode, and I turn it on when confronted with new watches, as is my custom. For some reason however, with the Odysseus on my wrist, the program woke up immediately and flashed an OK signal.

And what was clear evidence of this fact? I asked the boutique staff who was with me, how much it was, and instantly used that information to assess the potential reachability of this watch for me. 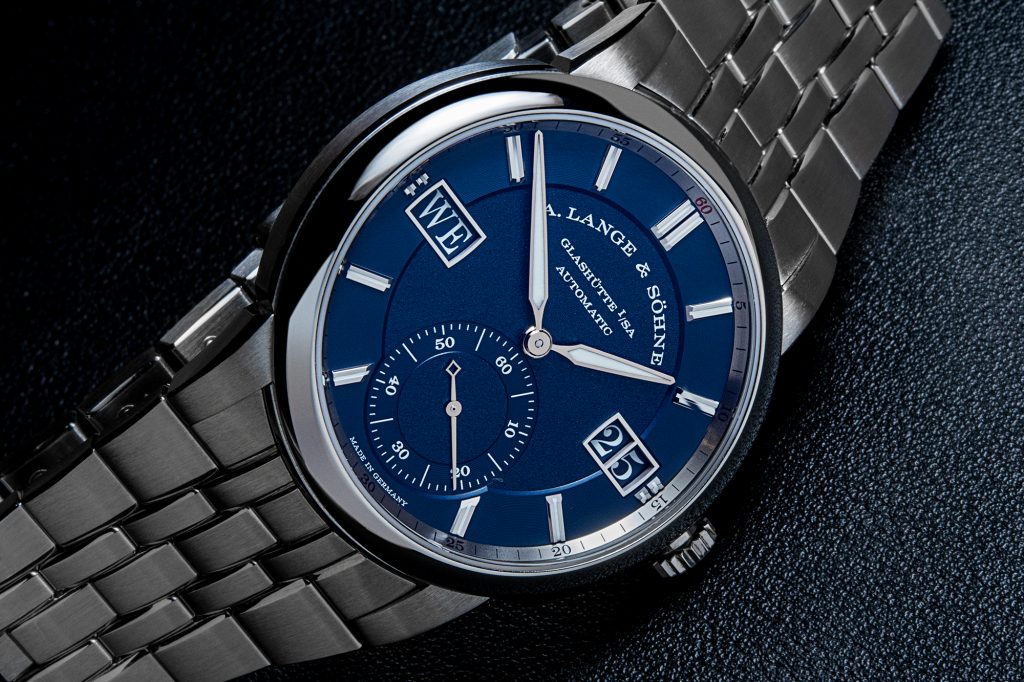 Certainly, a clear and sudden shift in my attitude to this watch had occurred, and as I examined it thoroughly, I realised that not only did the bracelet look nicely proportional on the wrist with my eyes looking at the real thing, I also realised that it was made in such a way that all the elements that it needed to have were there and perfectly done.

First of all, the 40.5mm size of the case is perfect, being neither too big nor too small. For a non-scientific confirmation of this fact, look to the massive popularity of the professional Rolex watches such as the Submariner, GMT Master II and the Daytona which are all very close, at 40mm in size. Rolex knows a thing or two about making watches that people want and it has, only on specific situations, deviated from this.
Of course the 40.5mm size ensures that the inevitable Odysseus that comes in precious metals will not be too heavy as the case size naturally restricts the weight to acceptable levels. 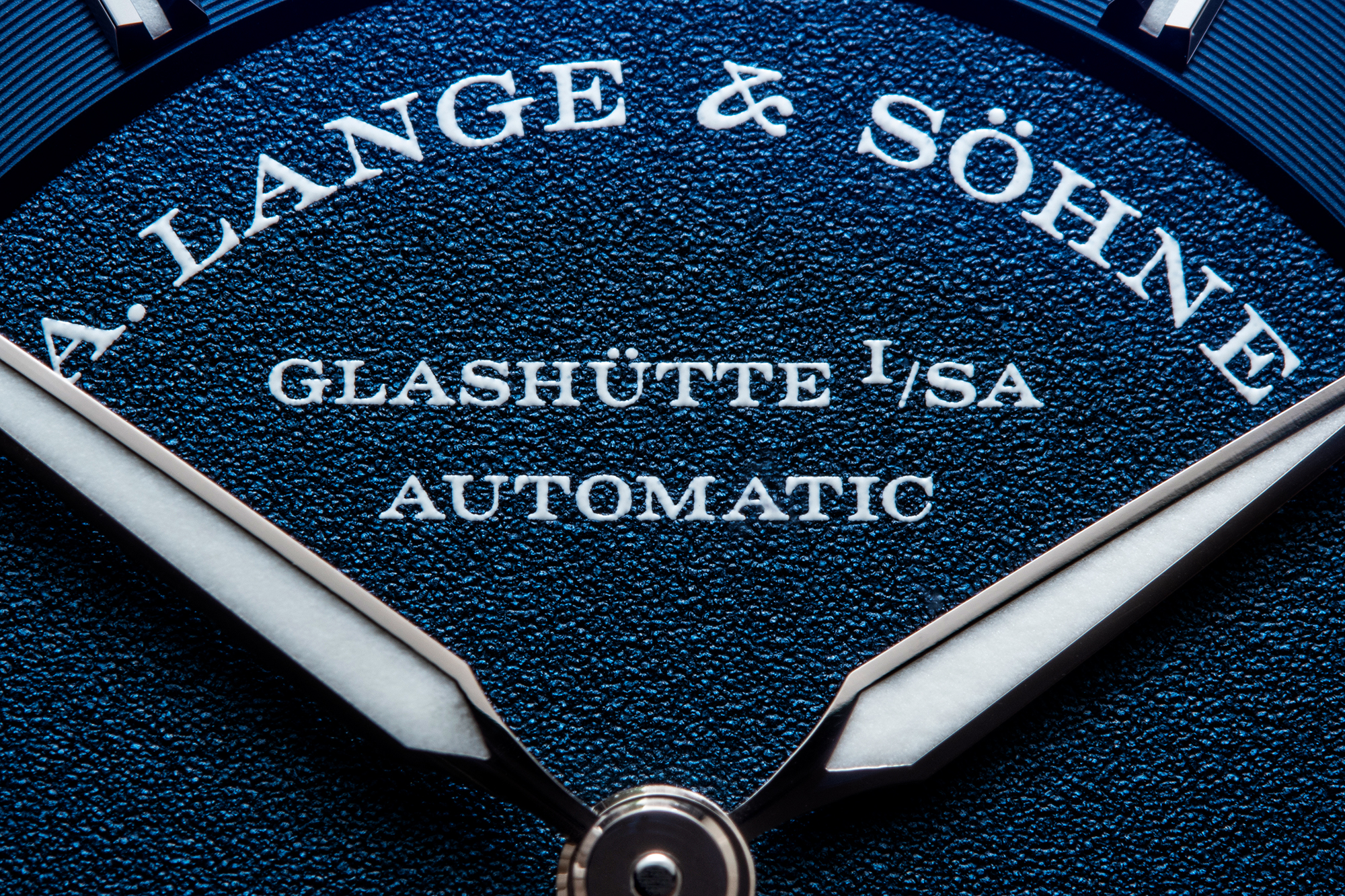 Second, the legibility. Now, lume is not something that you get easily on most Langes, except on special and notable occasions. Even the lume on my white gold Lange 1 is next to useless in the dark. The Odysseus with its sporting intentions, corrects this oversight, with lots of lume on the hands and indices which will make night-time legibility great. In the day, the polished parts of the hands and indices stand out against the midnight blue dial, which again, makes time-telling supremely easy. 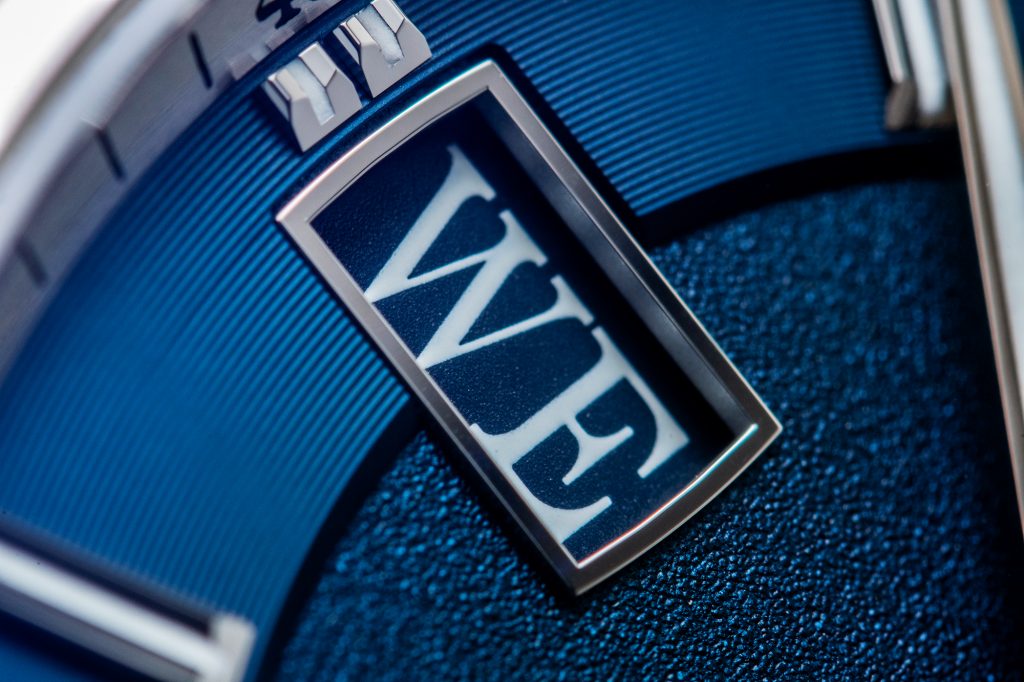 Third, the design of the Odysseus maintains the brand DNA, and doesn’t step away at all from feeling like a Lange. It’s all there in the outsized date and day(!), even the seconds hand and it’s sub-dial, and the fonts used in the logo, it’s all classic Lange. 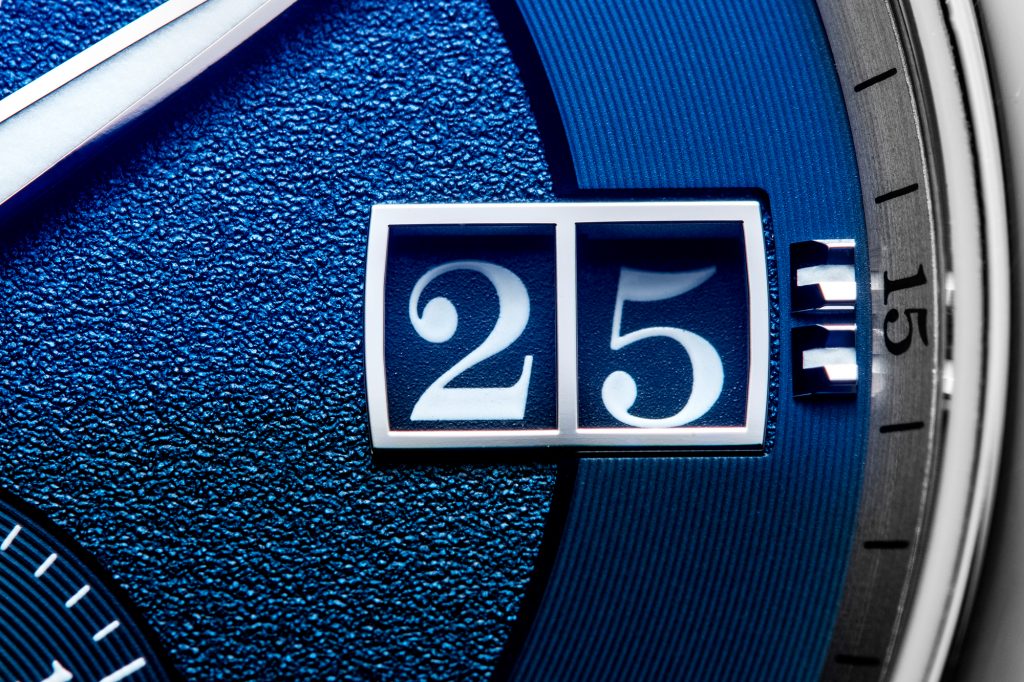 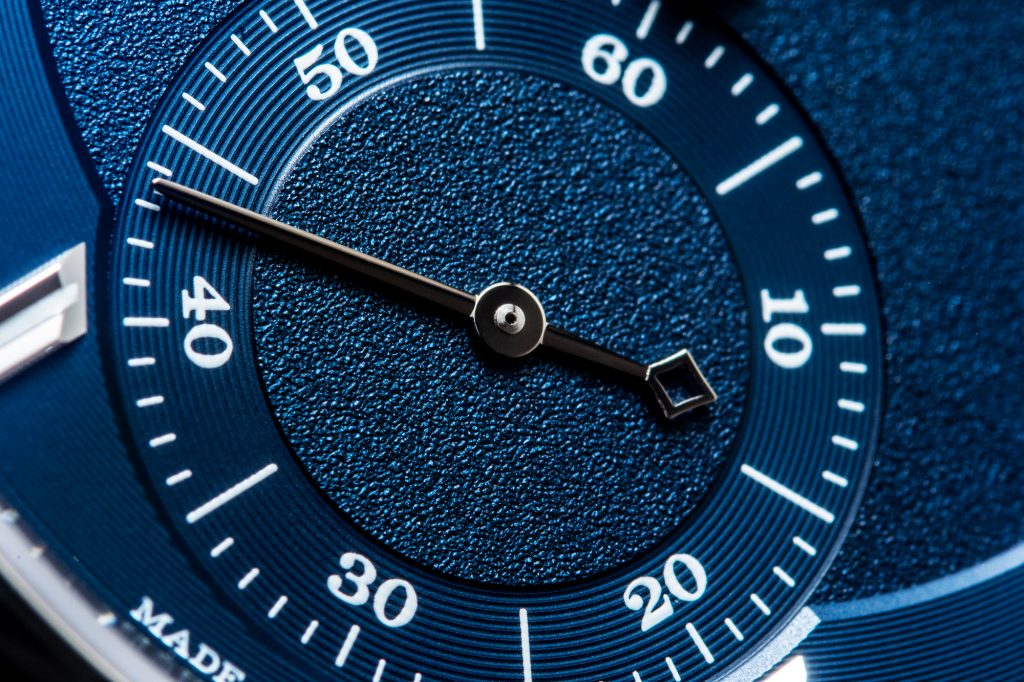 Fourth, that nice differentiating touch – the pusher correctors for the date and the day – that give the case profile a uniquely technical shape. Yes, it makes the frontal view of the watch asymmetrical, but wasn’t that the Lange 1’s claim to fame in the early days? 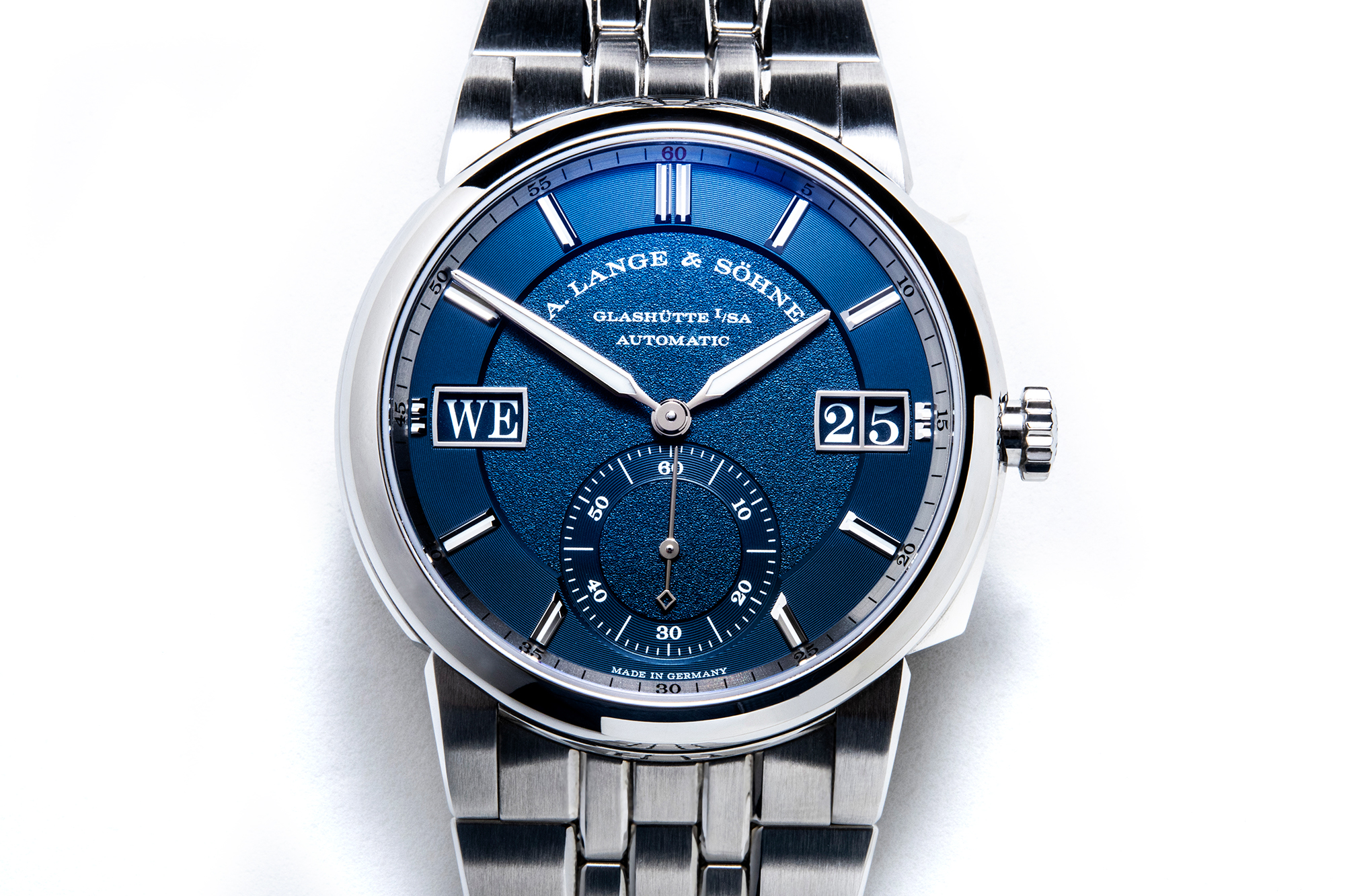 Fifth, the Odysseus has a very well engineered bracelet. This is probably one of the most featured packed bracelets for a watch at this level, and shows the amount of care and engineering that went into its design. To start, it has links that can be changed without tools, meaning that adjustment can be done by the owner, and without having to have the watch brought to a service centre. 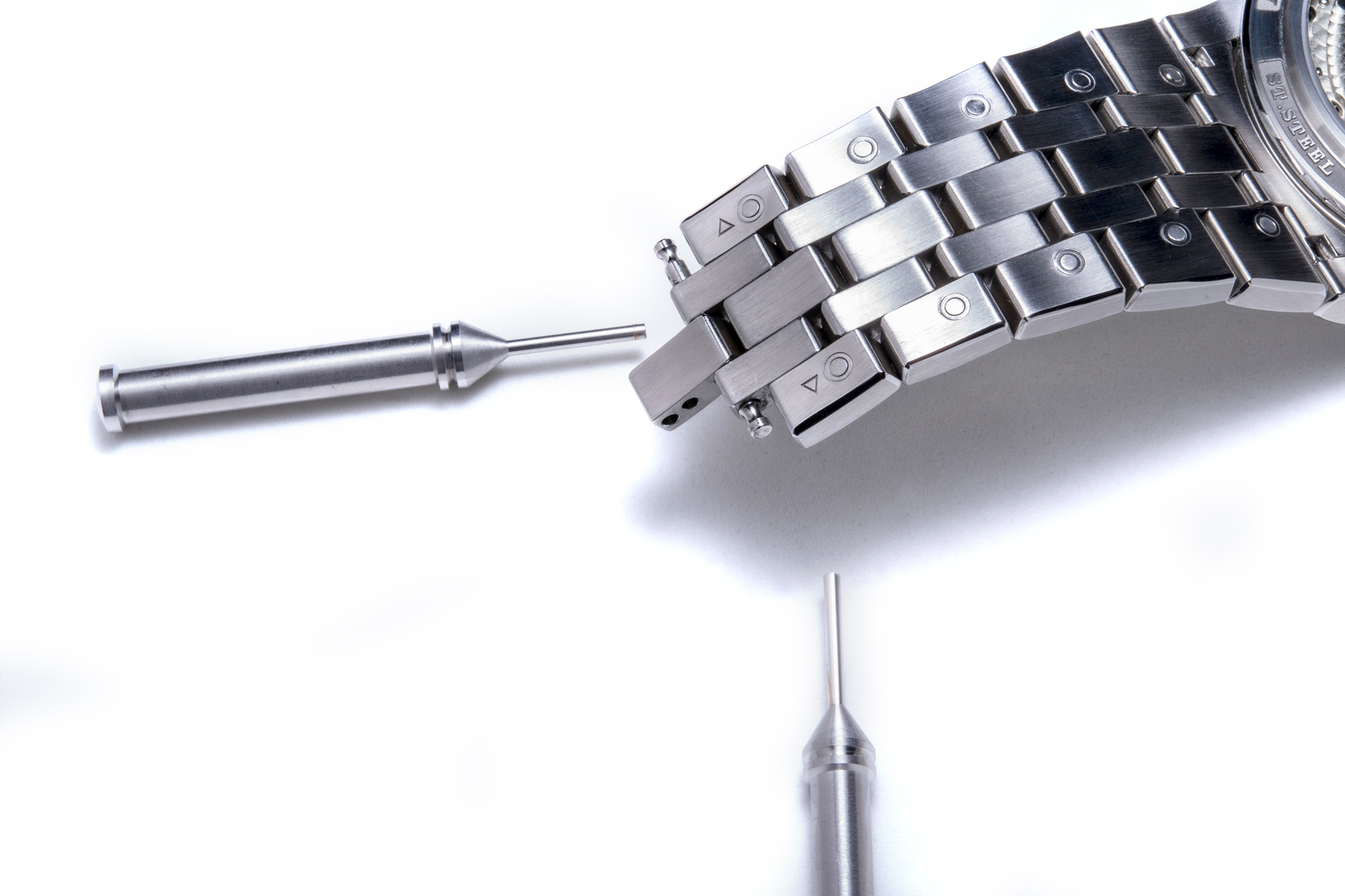 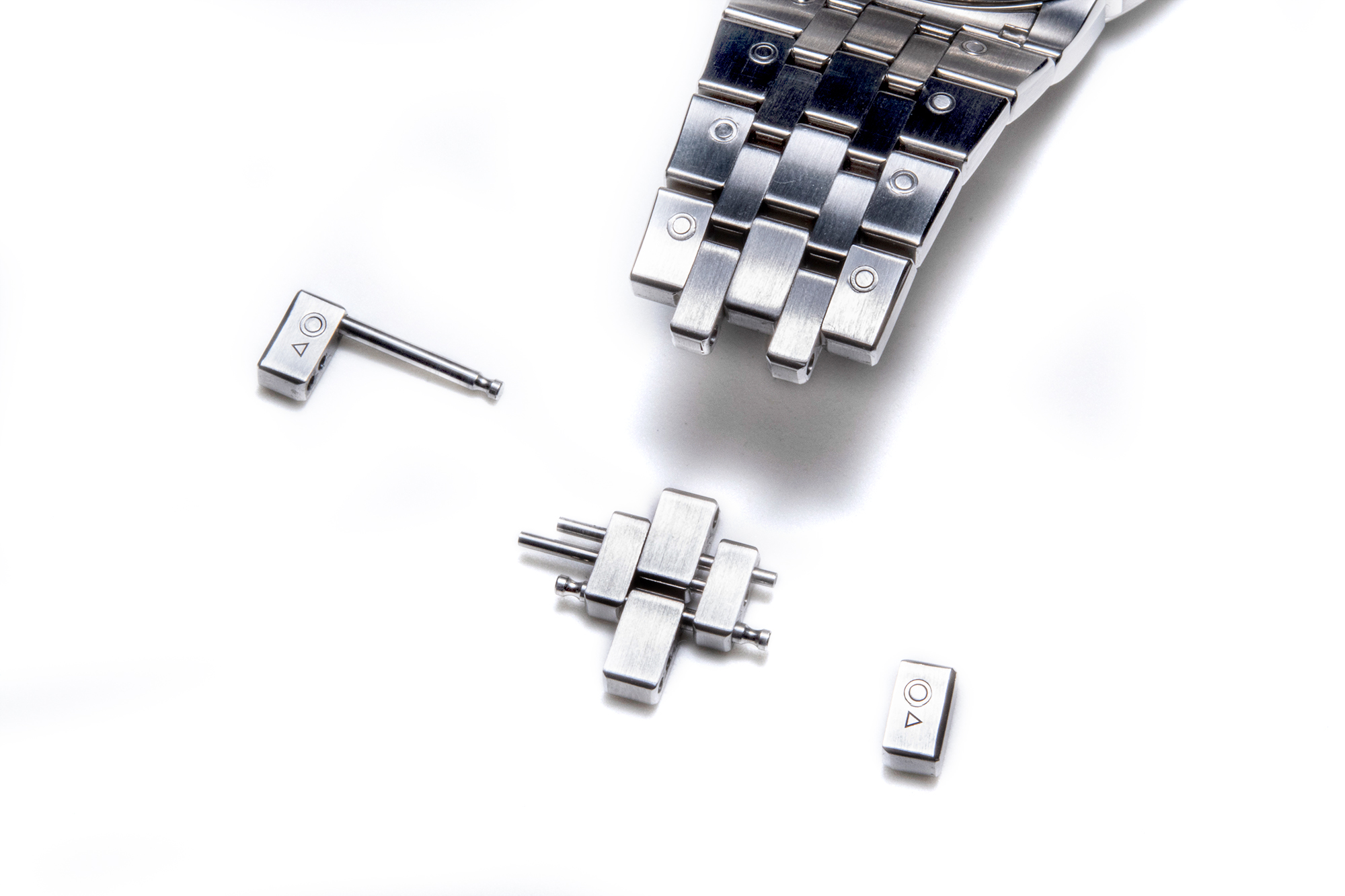 Now to be fair, when the process was first demonstrated to me, I took some time to figure out how to do it properly. To the uninitiated, it can be a little confusing and some practice is required. Although it has to be said – Lange owners are anything if not independent minded and self confident, so I think the slight difficulty that is presented in adjusting the bracelet links can be viewed as a positive. And I’m not even done yet. The Lange logo on the clasp in the bracelet hides another uncommon feature. Hold it down and you can quickly adjust the bracelet by up to 7mm. Superbly done, this is an adjustment that can be made even when the watch is being worn. How’s that for a Rolex Glidelock style adjustment done in a Lange way?

Sixth, and this is probably the best reason. This is finally a Lange that I can wear all the time, everyday, and even when I jump into a pool. With a screw-down crown and 120m water resistance, this is the one feature that makes the watch unassailable in its appeal to a current Lange owner. 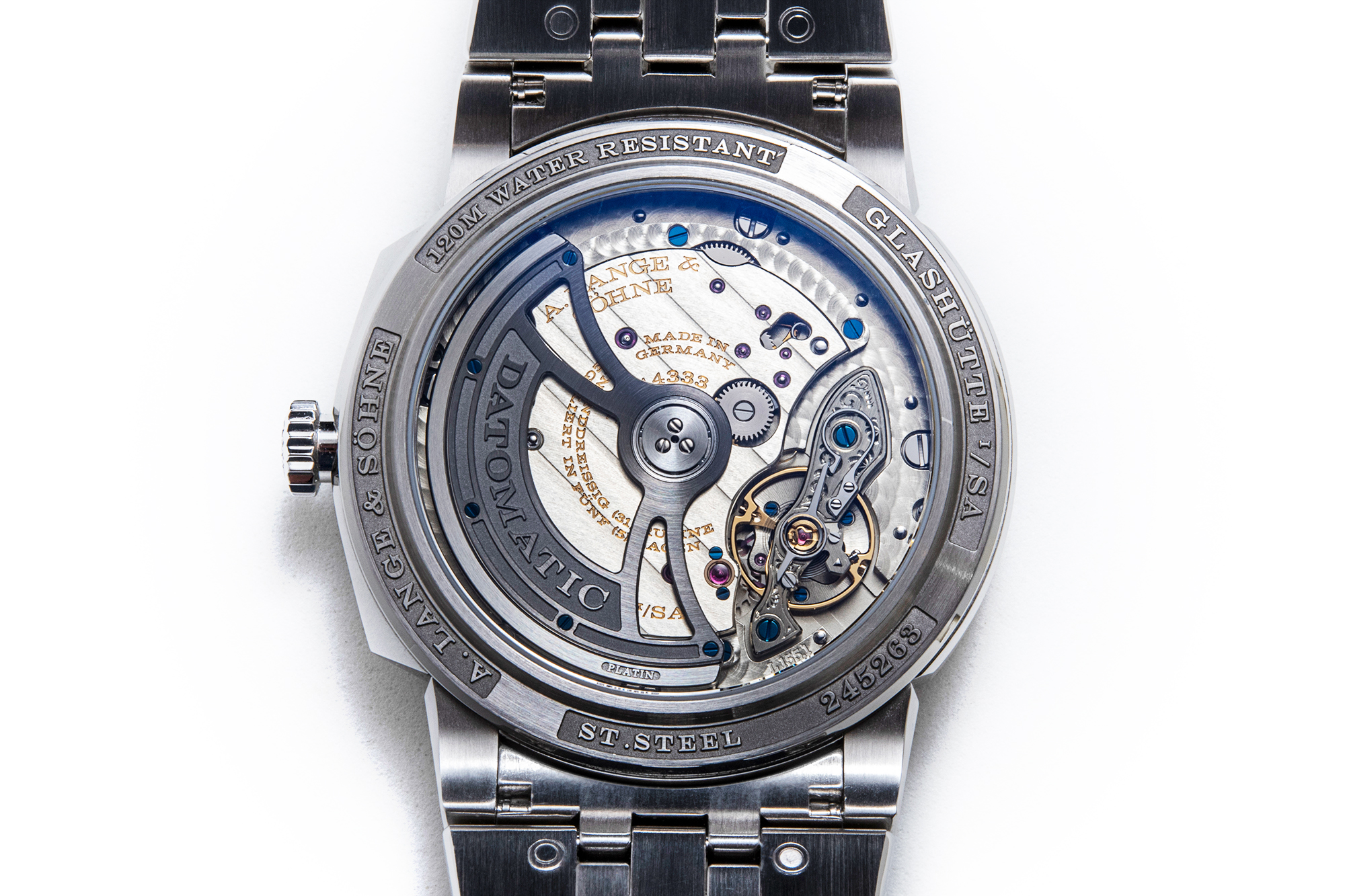 Why do I say this? Well, if you own a Lange, haven’t you ever had the thought of being able to enjoy all the sublime finishing and details of your watch, while floating in a pool? Well, maybe you haven’t, but I have. On those occasions, I’ve always lamented the fact that I would have to keep my Lange 1 in a safe place when I knew I would go near water, and all because of the dress watch level water resistance and the leather strap.

So that priceless dream is possible now – to swim in a pool with a Lange and be able have a look at the rear-view for the finishing on that gorgeous automatic calibre L155.i Datomatic while underwater. Of course, being in stainless steel and being well protected from water makes the Odysseus an ideal candidate for a watch that you can strap on, and basically wear while doing anything, sort of how many people treat their stainless steel Nautiluses, Royal Oaks or sports Rolexes after they’ve gotten over the high price and the first few scratches. This therefore makes the Odysseus a Lange that will, in accompanying its owners through life, take on some wabi-sabi after being worn for awhile. I’m eager to see how the watch will look after such treatment, as I’m willing to bet that it will be quite a charming thing to see. And this given the fact that out of the many dress Langes that I have encountered before, only a very rare few are subjected to the stresses of daily wear by their owners, with the rest being babied to preserve their showroom condition.

Now in saying all this, the fact still remains, in pictures I still feel that the bracelet still looks too massive for the case? Will I get over that? On paper, and with the reasons I’ve outlined above, I think so. And yet too I reveal another shocking fact – when I first saw the Lange 1 I hated it. Then over time my eyes grew accustomed to its idiosyncratic looks and I grew to love it enough to buy one. I think it will be the same thing with regards to the Odysseus, I feel I am weighted already to the side of yes and time might make me swing further.