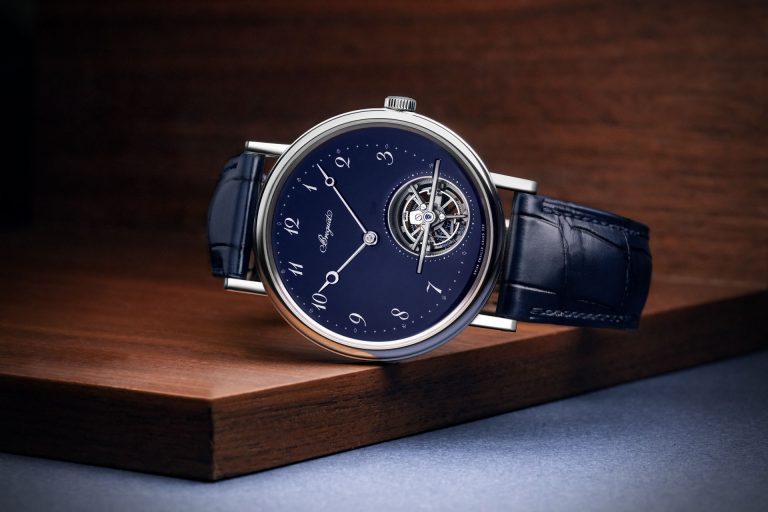 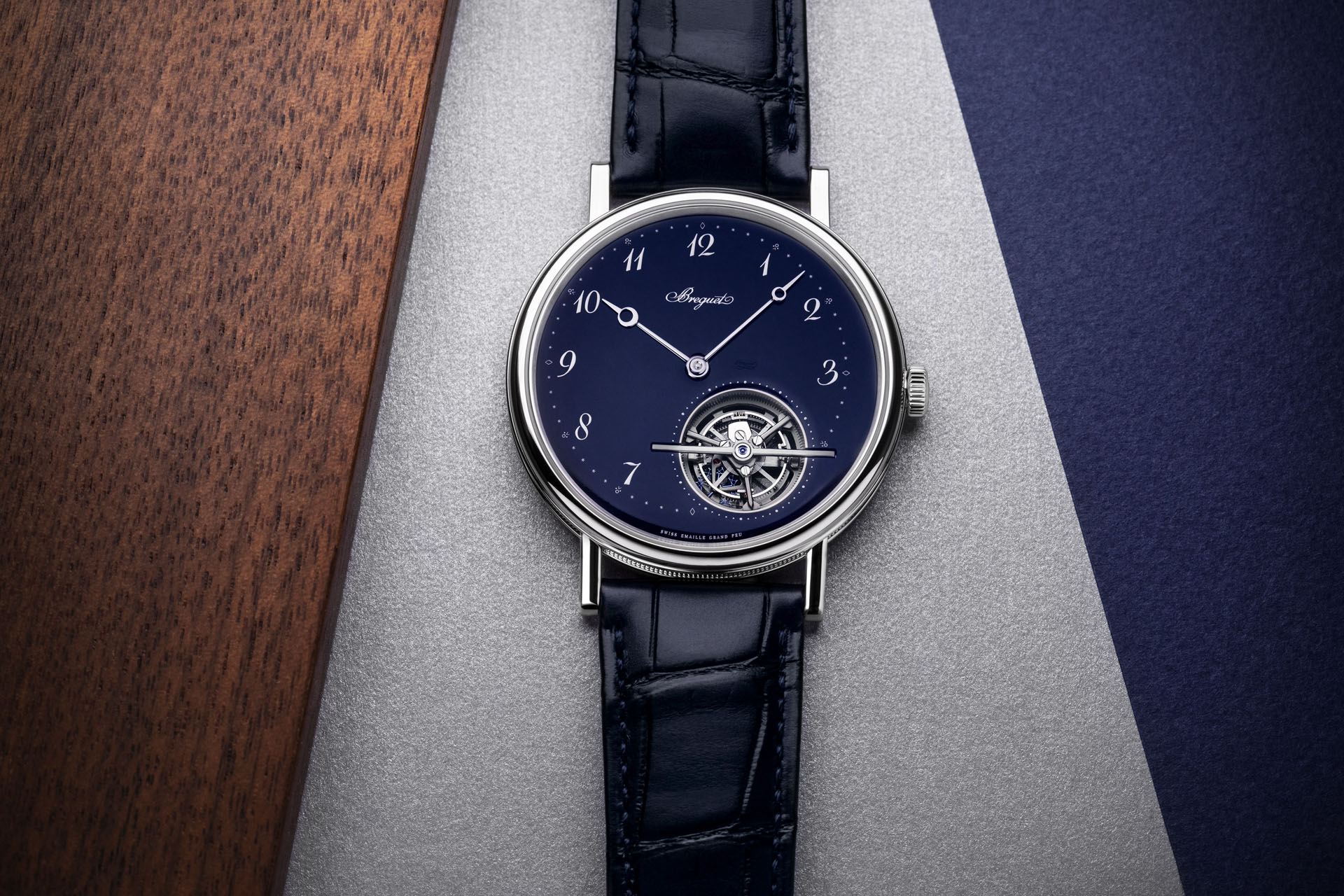 It’s all in the movement

Out of all the watches that carry the calibre 581 in its various forms, the Breguet Classique Tourbillon Extra – Plat 5367 is perhaps the purest rendition, utilizing the fine and rare art of Grand Feu Enamel for its dial. 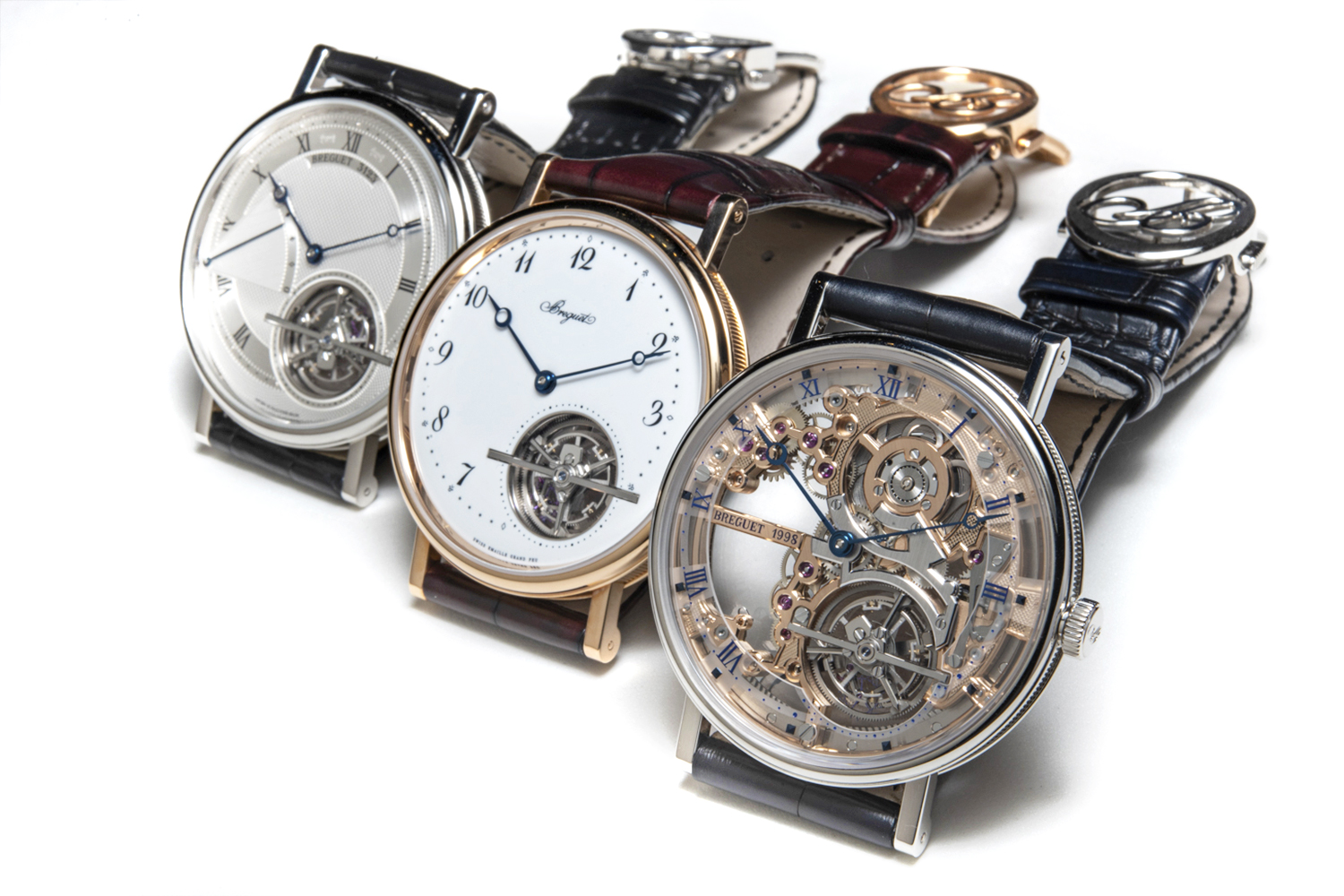 We covered its more extravagant sibling recently, the Breguet Classique Tourbillon Extra – Plat Squelette 5395, which was all about the art of skeletonization, an art that makes sense for the automatic winding calibre 581 given its peripheral mounted rotor that does not obstruct the view of the movement.

The calibre 581 is perhaps Breguet’s most attractive movement, not only is it the brand’s thinnest tourbillon movement at 3 mm thick, it comes with a silicon hairspring that beats at a relatively high (for a tourbillon) 4 Hertz, and an 80 hour power reserve. 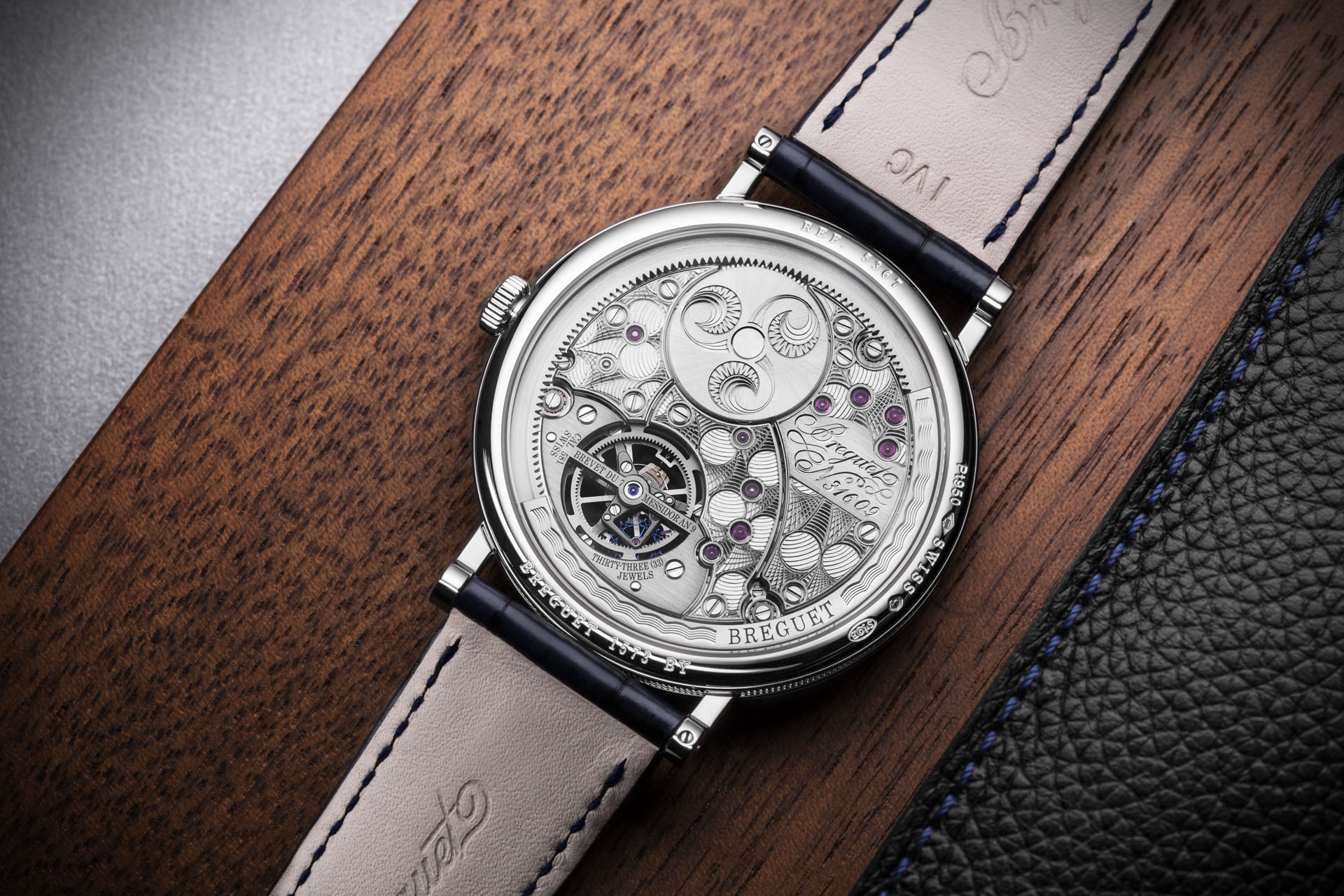 Housed in a 41mm wide case that is 7.45 mm thick, it comfortably settles into the ultra thin category of watches, slipping under the tightest of shirt cuffs yet having enough wrist presence to be enjoyed. 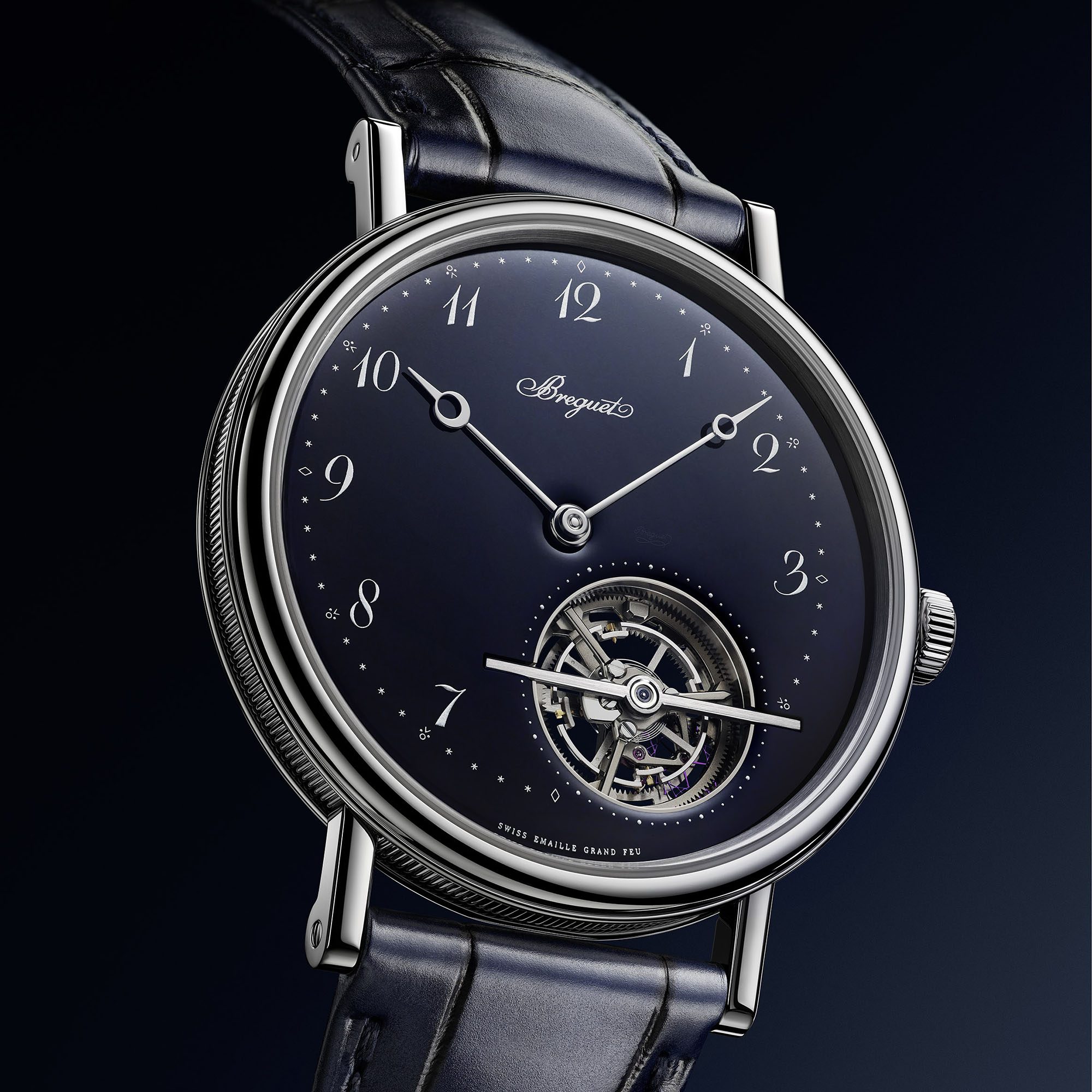 The new version of the Breguet Classique Tourbillon Extra – Plat 5367 with blue dial is a nice addition to the family that currently has three references in with two case metal variants each. This new one comes only in platinum for the moment, which is nice, since the blue sets itself nicely against the white metal for an elegant look. 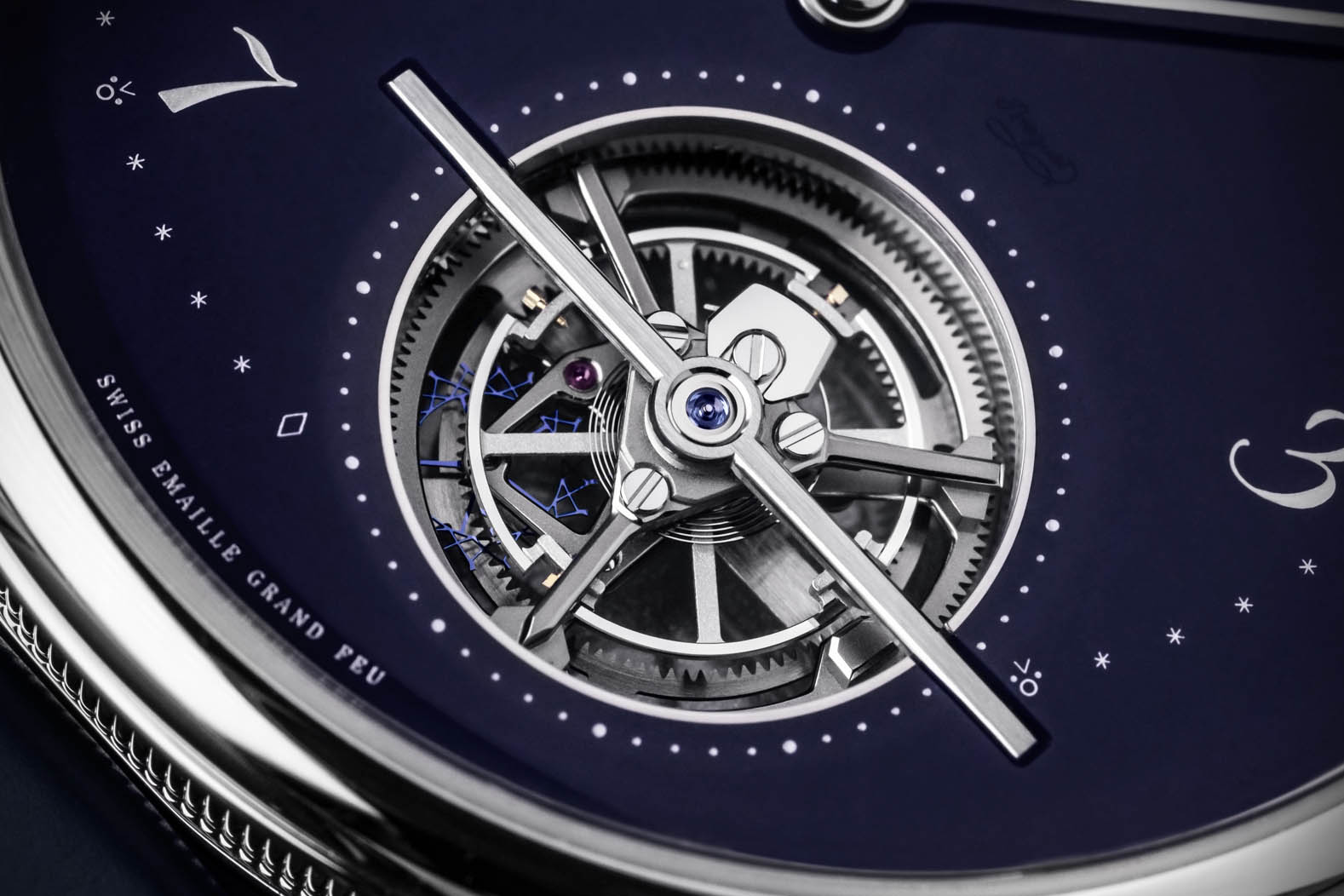