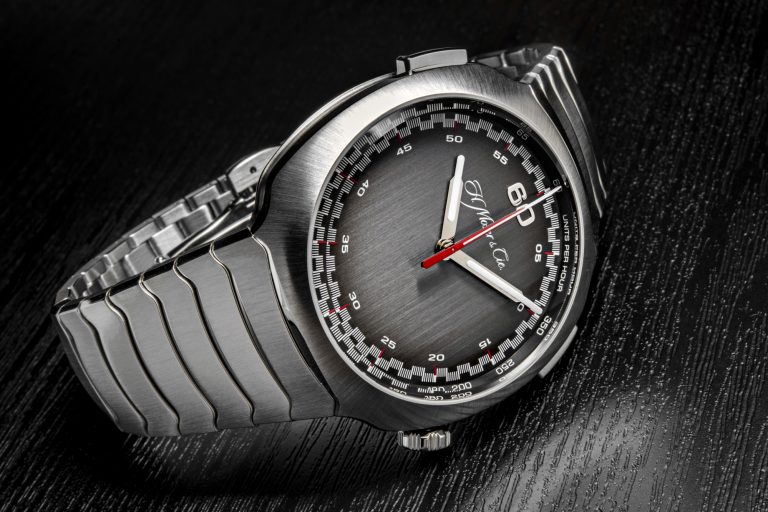 Judging by the appearance of the new Streamliner Flyback Chronograph, it’s quite fair to say that H Moser & Cie, is a brand firing on all cylinders. Just when you thought that there was nowhere else to go with the classically oriented demeanour that marked the beginning of CEO Edouard Meylan’s stewardship of the brand in 2013, we find that the evolution of the watches he has overseen has been thoughtful, imaginative and satisfying. Not only has the DNA been kept and amplified, but the gradual move to expand the product offering away from the classical towards the sporty has ensured a growing fanbase and a maintenance of relevance to the market.

The Streamliner is significant of course in the grand scheme of things, as it marks the fullest expression of a sports watch from the brand. 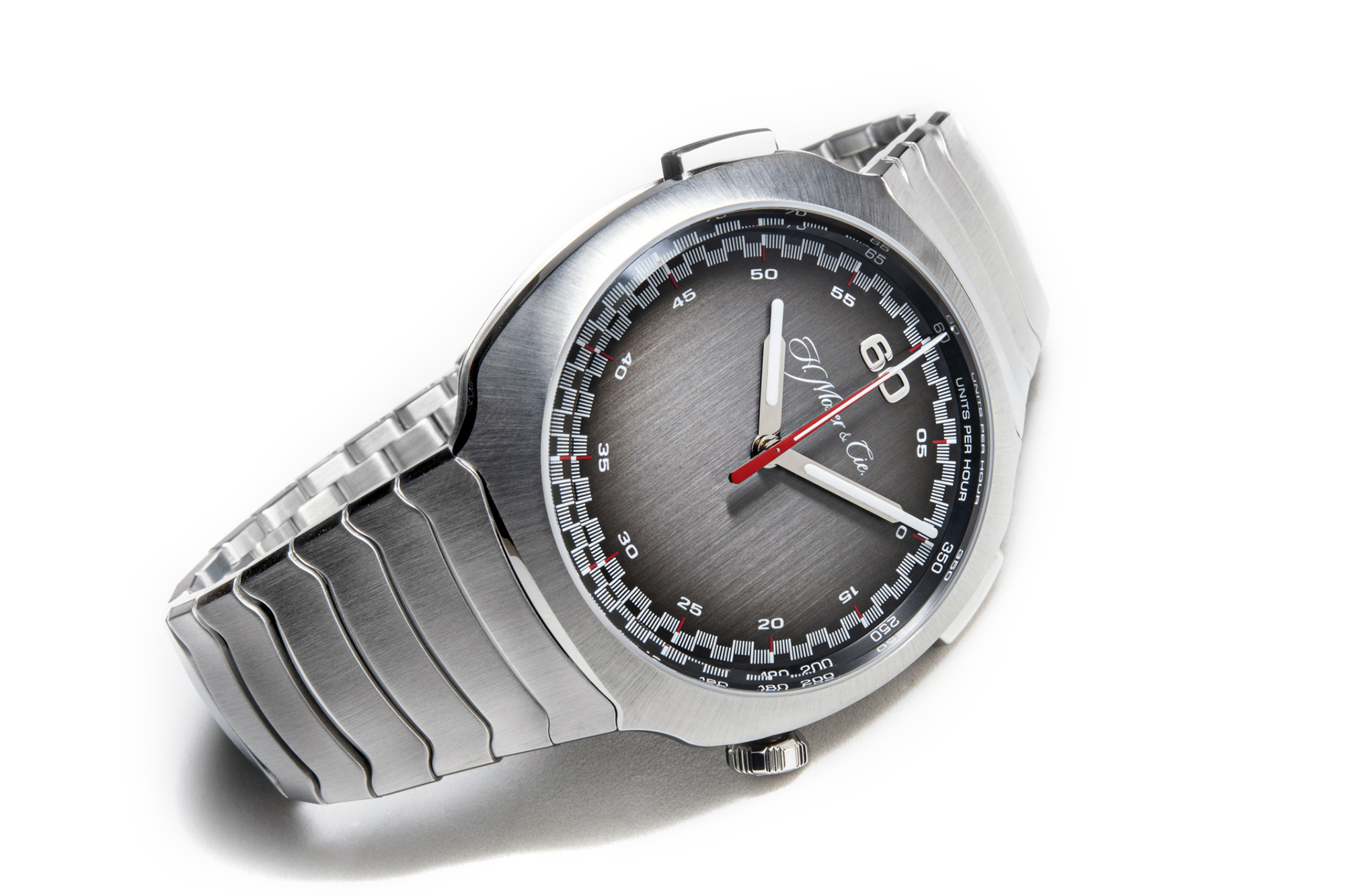 The basic ingredients are all there, a stainless steel case with integrated bracelet, flyback chronograph function, and 120 metre water resistance with pushers usable underwater.

So far so good. But how does the watch manage to transcend these things that might look good on a spec sheet, making itself elicit desire from those who see and interact with it?

Well you make it look good, feel good, and then you put what is probably the best and most innovative chronograph movement today inside.

That in a nutshell is what the Streamliner Flyback Chronograph is about, and the sum total goes beyond just considering it a me too effort from a brand that might seem to be hopping on the bandwagon of the integrated bracelet trend. That would be far too easy a way to think about this watch. Instead it goes further, with the sum total expressing the brands ascendancy rather than merely following the crowd.

The Streamliner has an obvious 70’s inspired aesthetic, pulling together elements seen before in watch design from that era, but without looking like anything in particular. The case is a squarish cushion shape that measures 42.3mm by 14.2mm. It is a lugless design that manages to make the watch feel comfortable on the wrist, because it wears smaller than it looks. 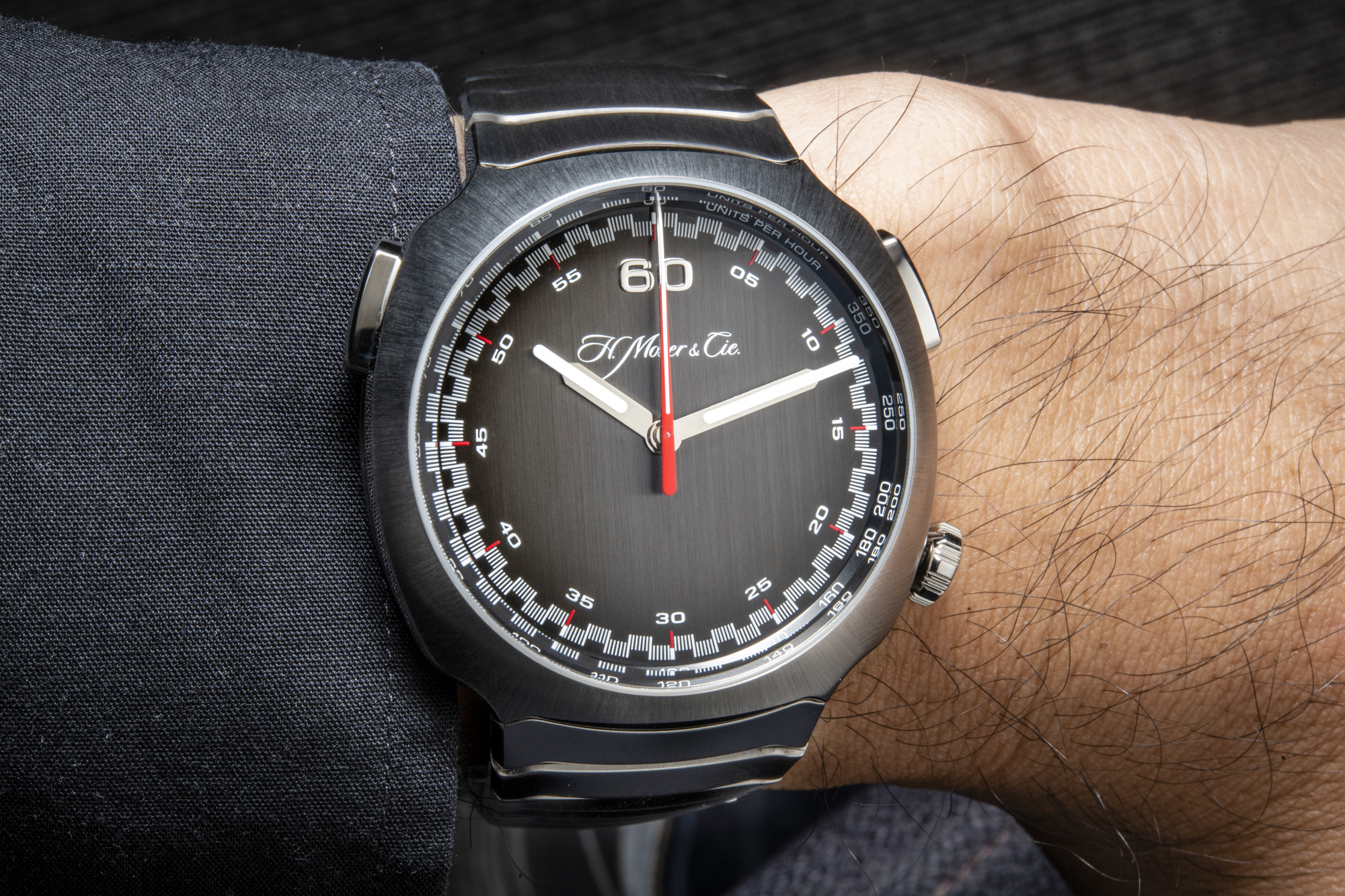 The pushers continue the 1970’s theme, and are arranged in a “bullhead” chronograph style at 10 and 2 o’clock on the case, with a time adjustment crown at 4 o’clock on the case. The dial is relatively clean as well for a chronograph – carrying no sub-dials – and that is accounted for by the use of the Agenhor developed HMC 902 movement, a variant of the same that has been used before by Singer Reimagined and Fabergé. Because of this, the chronograph seconds and chronograph minutes hands emerge from the center of the dial, sitting just above the time-telling hour and minute hands. 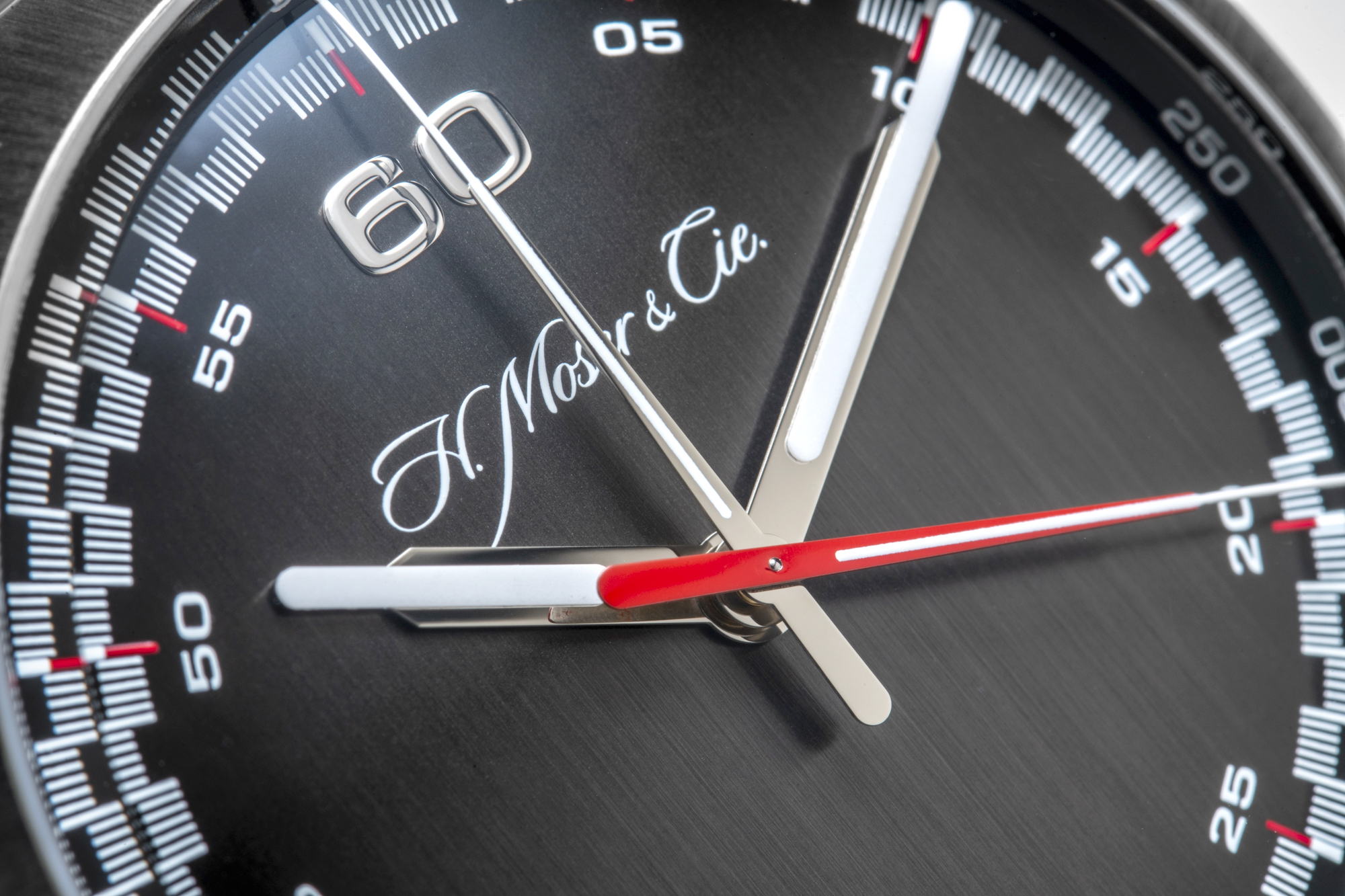 The dial itself is in Moser’s fumé style, starting light in the centre and darkening towards the edge, sitting atop a vertically brushed texture. Completing the look is the chequerboard minute track on its outer edge, which essentially makes the entire watch look like a big stopwatch, since there are no hour markers, with only a large “60” index at the 12 o’clock position, showing how the chronograph can time intervals of up to an hour.

It’s nice to see that the movement has been used in this way, keeping to the Moser signature of keeping the dial as clean as possible, a tendency that had been expressed before in their Perpetual Calendar, Minute Repeater Concept and so on. 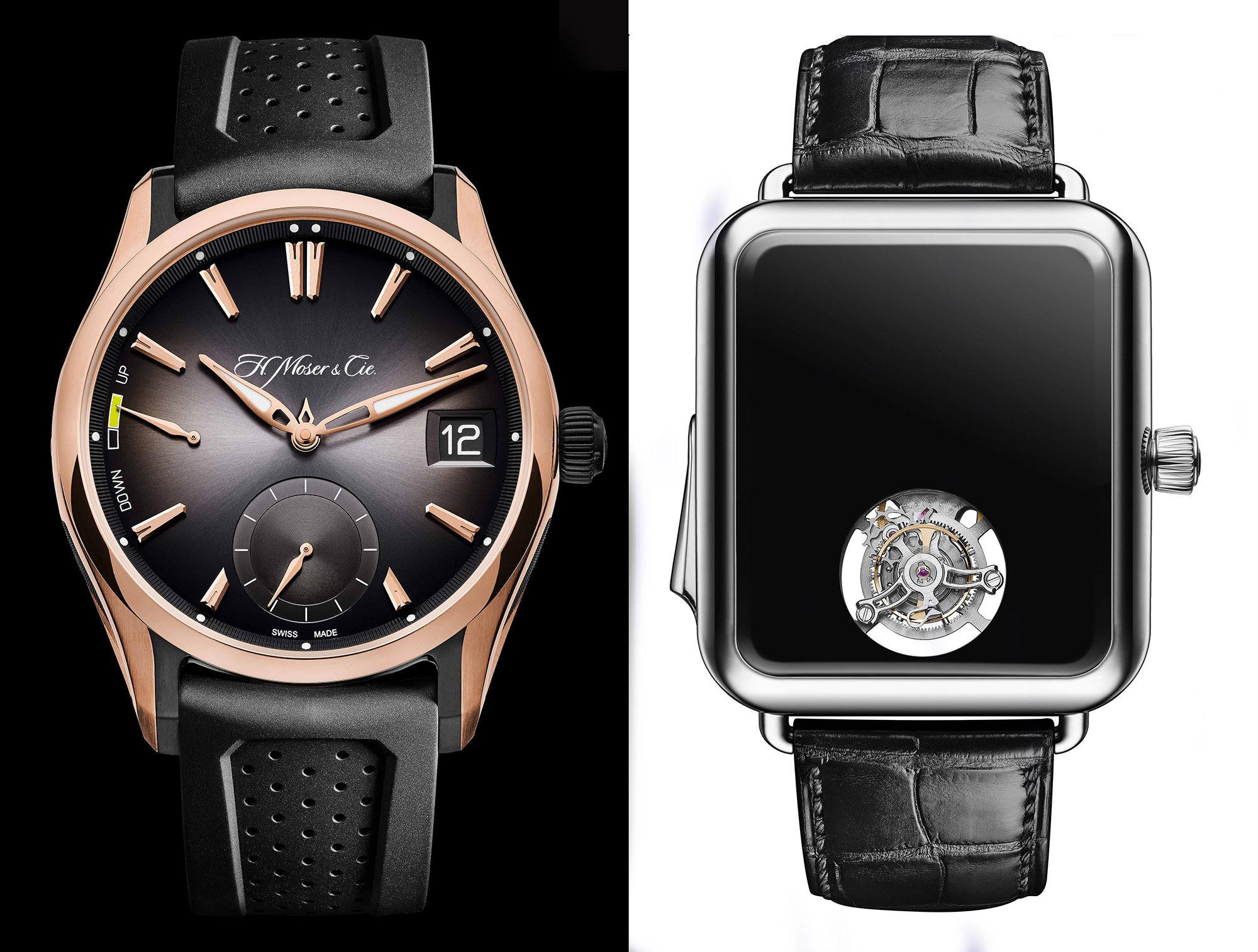 When you consider how the Track 1 from Singer Reimagined, and the Fabergé Visionnaire Chronograph can both time more than 12 hours (24 hours for the latter), with three centrally mounted chronograph hands, and the relegation of time telling duties to the edge of the dial via concentric rings (former), and a tightly packed chronograph scales in the centre of the dial (latter) you find that the overall aesthetics of these watches are much busier. H Moser & Cie might have been tempted to make a watch that was essentially the same complication wise and with just a different style of case and a new bracelet. That they chose not to, and in fact reduced functionality – by removing the hours chronograph hand – and moving the time-telling hands to the centre, does indicate a strong sense of self identity, which ultimately makes the Streamliner, theirs and theirs alone.

All these details apply to the watch head of course, which is nicely integrated to the other big highlight of the Streamliner – the bracelet. 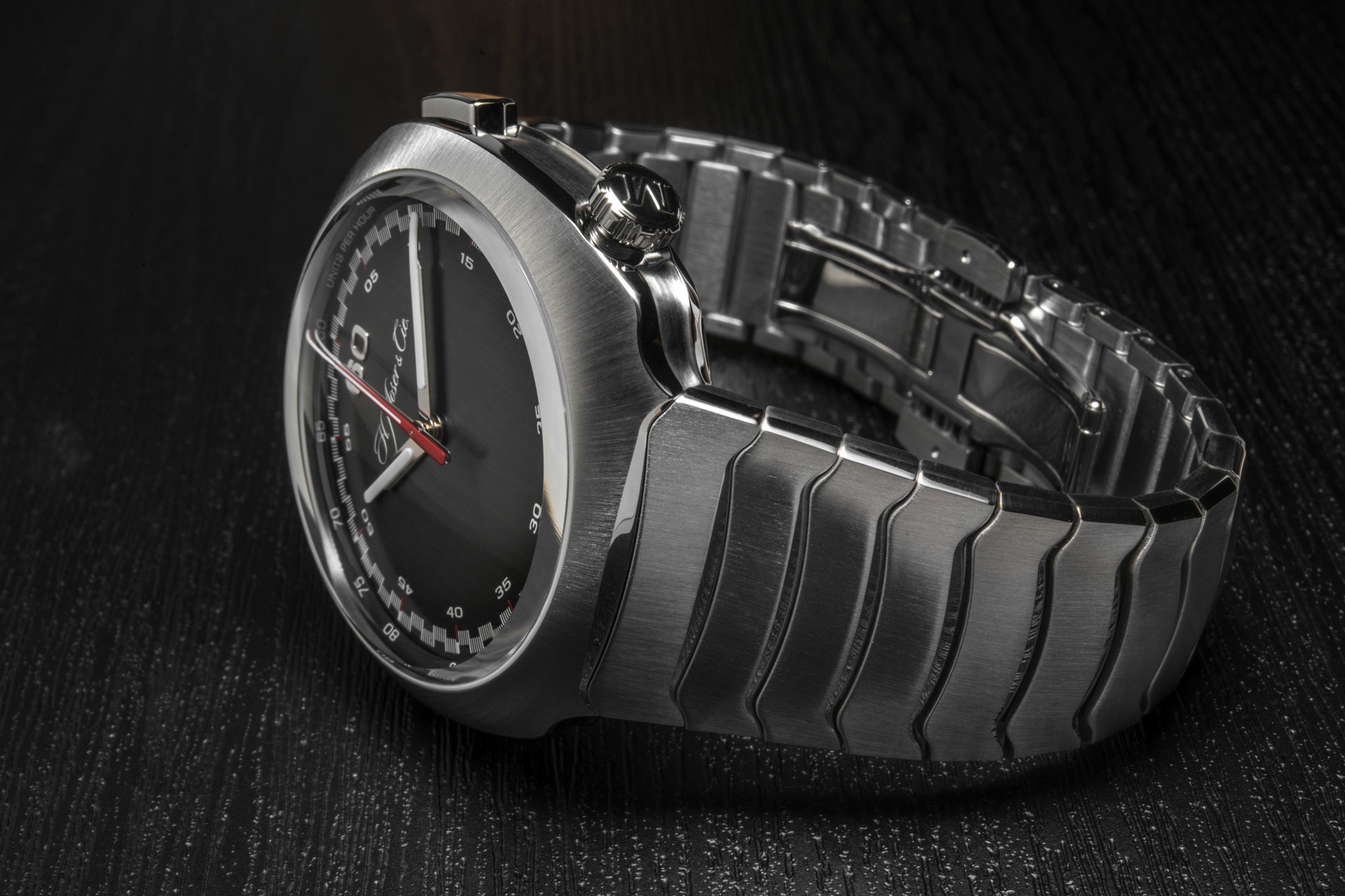 If anything, the name of the watch probably applies most to the bracelet, being the same term used to describe high speed trains from the 1930’s to the 1950’s that were designed in such a way as to reduce air resistance, or that were “streamlined”.

This might be the case, but the first thing that the shape reminded me of was the abdominal piece of Robocop from 2014. 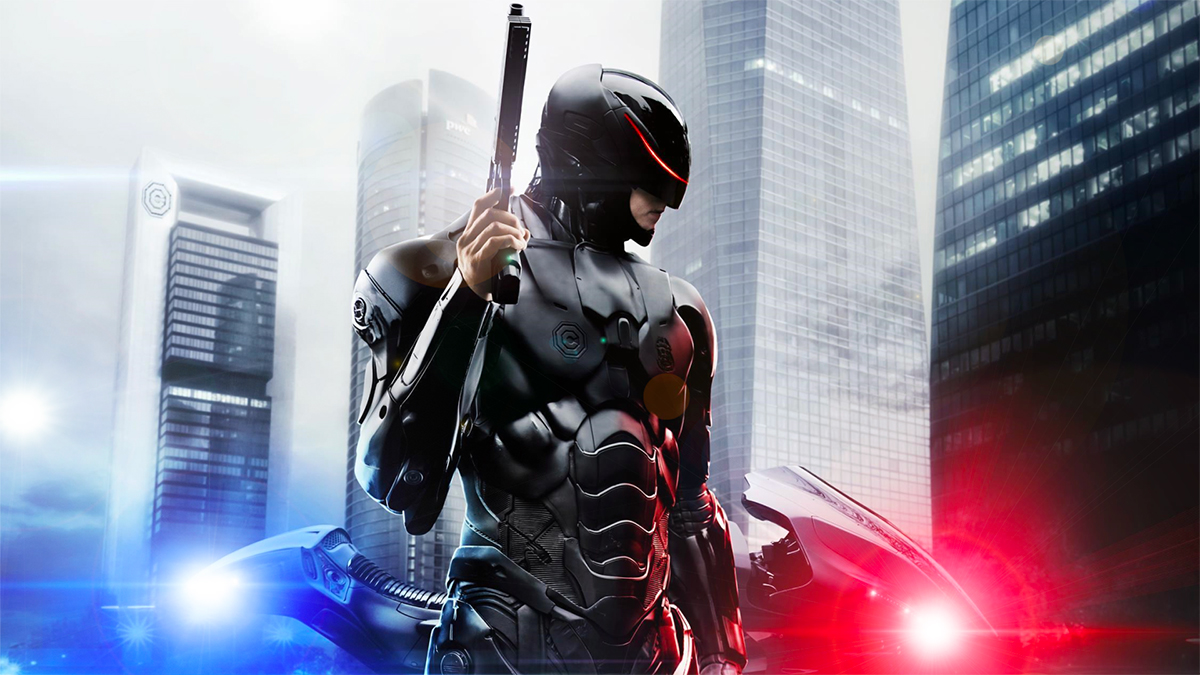 From a watch perspective, there is quite a bit of the feeling of the iconic integrated bracelet chronographs of Porsche Design, though some have suggested the bracelet from the 1970’s Ebel Sport Classic as being closer to the look. Both are period correct watches for sure, and while the lines are not a perfect match, the bracelet is definitely very well made, retaining a soft, slinky and tactile feeling that is such a pleasure to handle and wear. 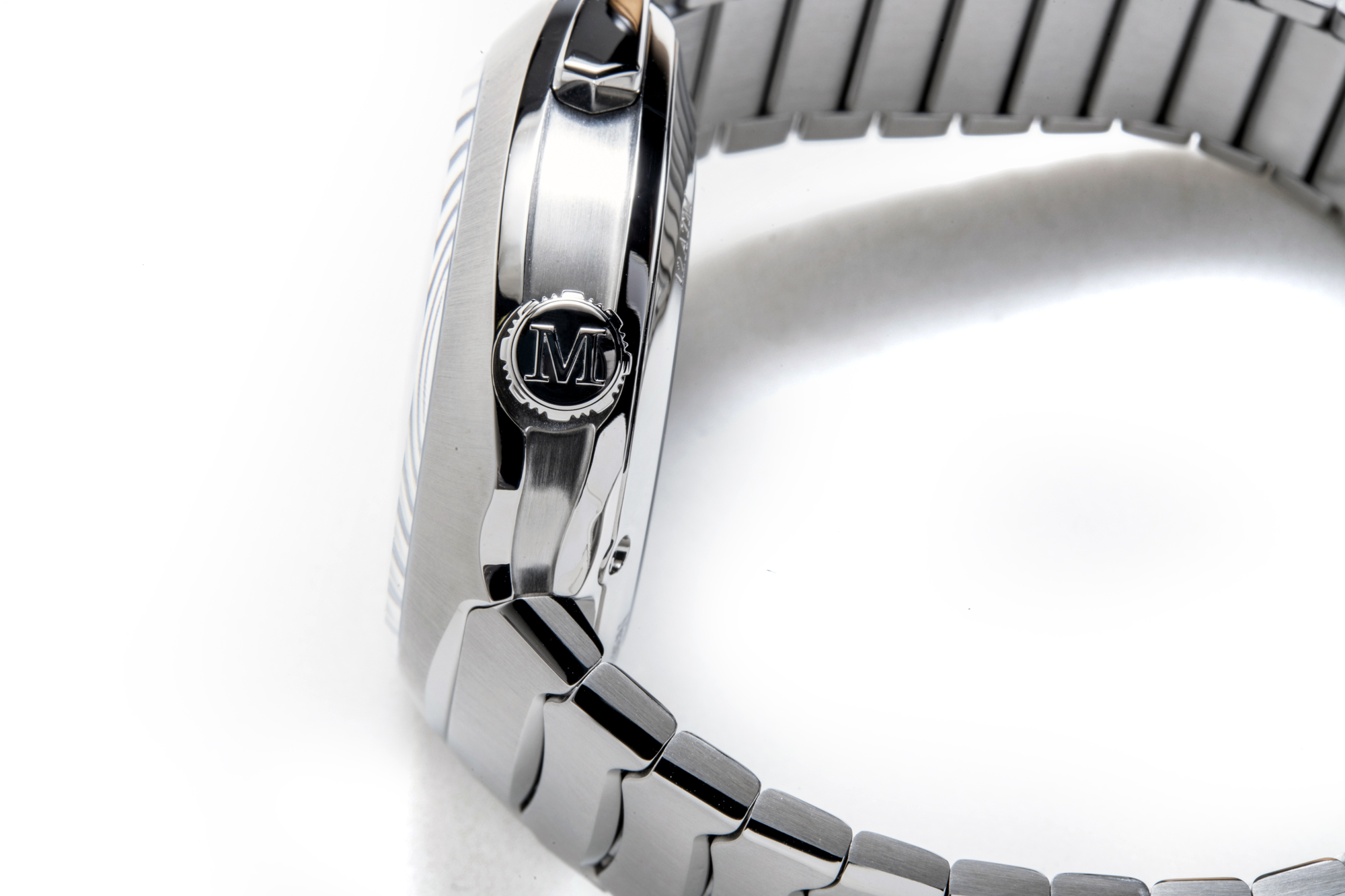 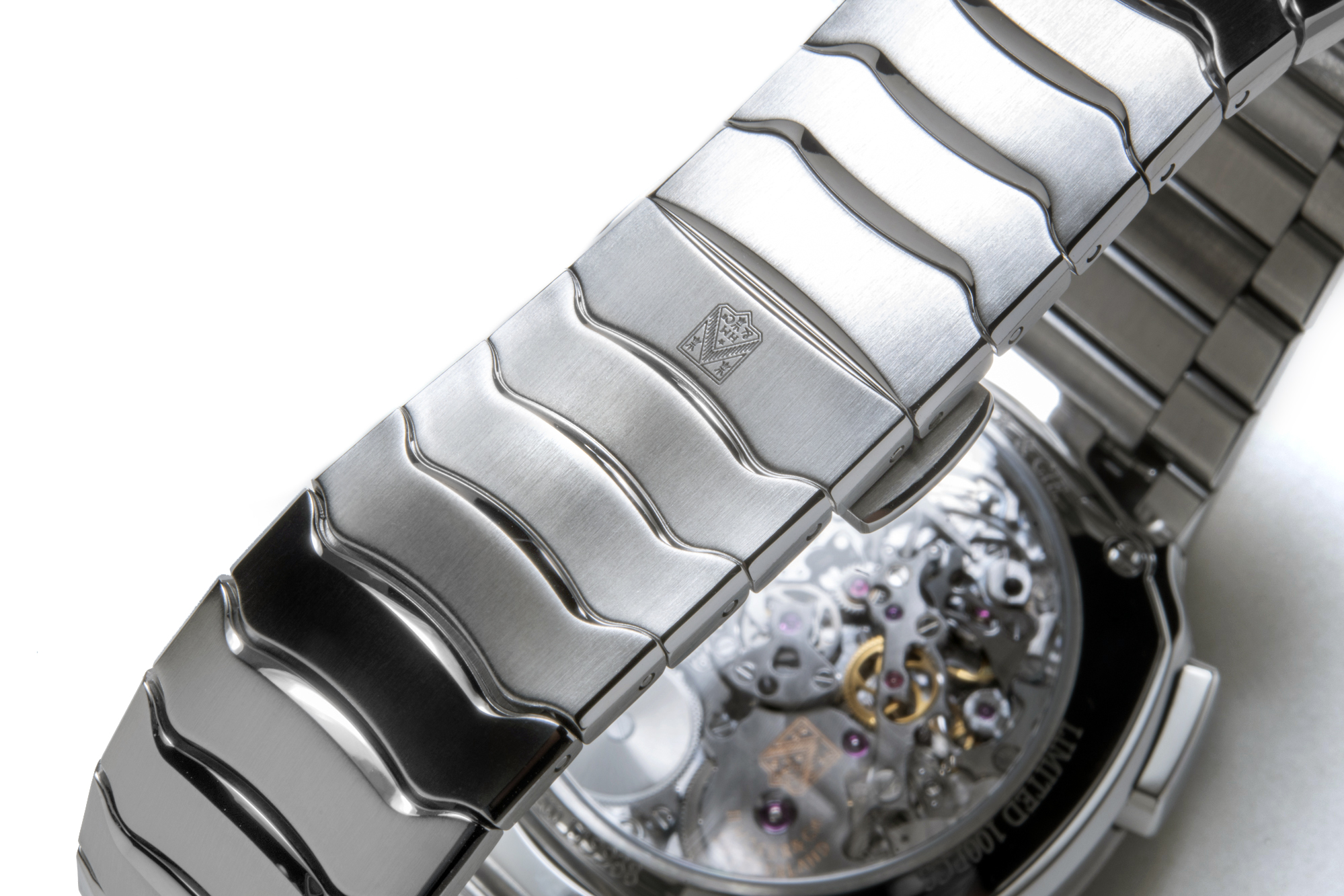 Not only does the bracelet integrate well visually with the watch head, it shows that the Streamliner has succeeded by looking like nothing else. Something else I’ve been told, it was designed not to pull hairs, which is great, although it cannot be micro-adjusted since the intervals are links apart.

This first edition of the Streamliner Flyback Chronograph will be introduced in a limited run of 100 pieces. Despite some negativity surrounding its release during the Dubai Watch Fair in January 2020, it was clear that such opinions came mainly from people who had not seen the watch in person before. I was not of such an opinion myself, and when I finally was able to see it in reality, I realised what the fuss was about, and what an achievement it really is. 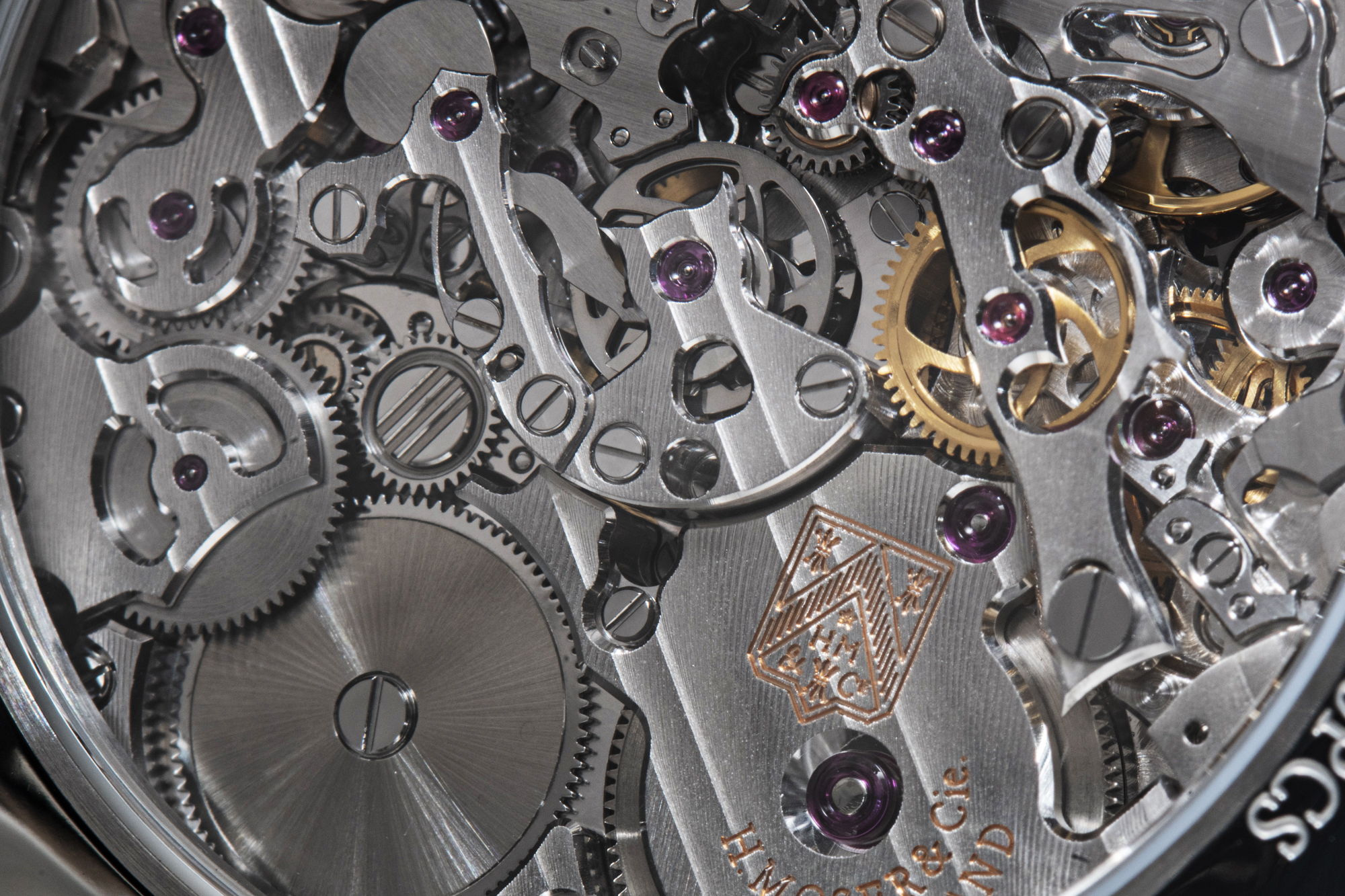 The watch is charming, idiosyncratic and with a pleasing personality and it seems that collectors agree, with the earlier pieces that have emerged all spoken for, and with the number of pieces left out of the 100 that were planned running dangerously low.

That’s a good start of the year for H Moser & Cie, and I’ve no doubt that the inevitable variations to the Streamliner will do just as well.