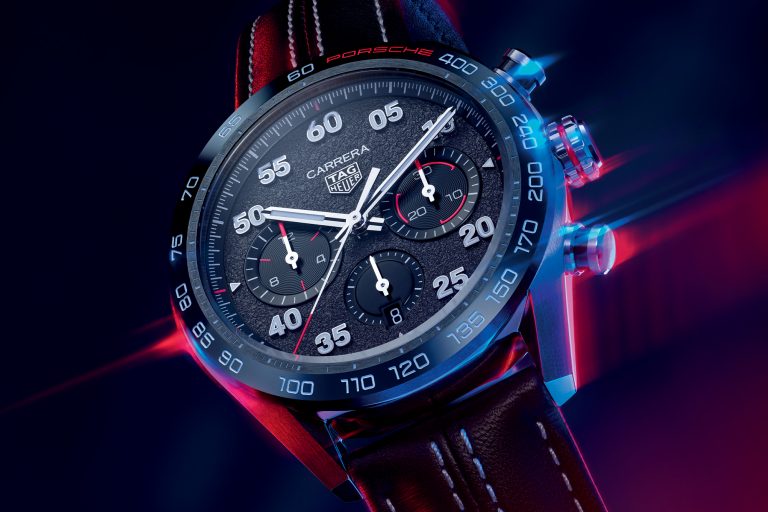 TAG Heuer have been teasing something important for the last two weeks, and just today, the news was finally announced.

In a 10 minute long presentation on the TAG Heuer website, given by CEO of TAG Heuer Frédéric Arnault and Detlev von Platen, Member of the Executive Board for Sales and Marketing at Porsche AG, both brands will be starting what they describe, as the “Strongest Ever” a global brand partnership between a watch brand and a car manufacturer.

It’s a partnership that makes sense since each has iconic products that bear the same name -“Carrera”.

In Porsche’s case, it was in honour of their win in the Carrera Panamericana race of 1954 that they christened their most powerful engine ‘Carrera’. Since then, the name has been used throughout the iconic 911 sports car’s history. In modern times the “Carrera” name is used to refer to the standard 911.

TAG Heuer is of course known for the Carrera Chronograph, a watch that was introduced in 1963 by the great grandson of “Heuer” founder Edouard Heuer, Jack Heuer. His new watch was designed to allow drivers to tell and measure the time quickly, in the heat of a race. Jack Heuer also used the “Carrera” name, meaning Spanish for “race”, after what the watch was designed to be used for.

There were no other specifics announced during the presentation, with such details probably coming out later, but there is a new watch that will be introduced to celebrate the new partnership.

The new TAG Heuer Carrera Porsche Chronograph Special Edition features a dial with an asphalt finish, Porsche numerals, as well as the Porsche logo in red on the ceramic bezel. The winding rotor of the in-house Heuer 02 movement is also shaped like the Porsche steering wheel. Finally the calf leather strap will feature white stitching, echoing the interior of a Porsche 911.

The rest of the watch will be familiar to TAG Heuer fans. The case measures 44mm wide and is in stainless steel with a black ceramic bezel and is 100 metres water resistant. 80 hours of power reserve are provided by the Heuer 02 movement, which comes with a vertical clutch and column wheel.

It’s good news that this partnership has been teased to the watch media for some time since it does imply a high level of commitment and intention that both parties bring to the table.

While some might say that car and watch brands partnerships make sense on an intuitive level, history has shown that unless the resulting watches and the surrounding marketing campaign are done properly, the end result can be a disappointment to both parties and result in failure after some time.

What works in TAG Heuer’s favour however is the “Carrera” link from motorsport history, and the fact that LVMH stable Hublot, has been running, what is in my opinion, the most successful car and watch brand partnership with Ferrari.

If TAG Heuer are setting their sights on surpassing that high benchmark, then given what the brand is capable of, the odds are that this partnership will go the distance and might be the most important one for the brand in the coming future.

The Heuer 02 movement provides a great basic platform from which the new Porsche watches can be built, and the TAG Heuer Research Institute run by ex-TAG Heuer General Manager, Guy Sémon, might be able to expand the offer by way of exotic movements and technologies.

From a design perspective, Porsche can provide some of their DNA into the new watches, since they are no slouch when it comes to watch design themselves, with their iconic Porsche Design watches.

Looks like they’ll be some great things coming along from this and I’m personally looking forward to a TAG Heuer Carrera 02T Tourbillon with some Porsche DNA. That should be really cool.