Hot on the heels of the shock announcement on the 27th of February that Watches & Wonders Geneva was to be cancelled due to the Coronavirus, Baselworld has followed suit a day later and will also be “postponed” for the same reason. The next edition of Baselworld is slated to be in January 2021 and while the word “postponed” is used in the official press release, the event is, for all intents and purposes, cancelled, as there will only be one Baselworld fair in the calendar year of 2021 as opposed to two, as the official statement implies.

Part of the reason why this decision has been made is that there is now officially a ban on large public gatherings and private events in the country by Swiss federal and cantonal authorities. As of now, the ban will be in effect until March 15th, and is subject to renewal.

This was a widely expected outcome after the Richemont decision and is a prudent move for Baselworld to follow, despite making declarations to the contrary as late as February 20th that the show would go on. 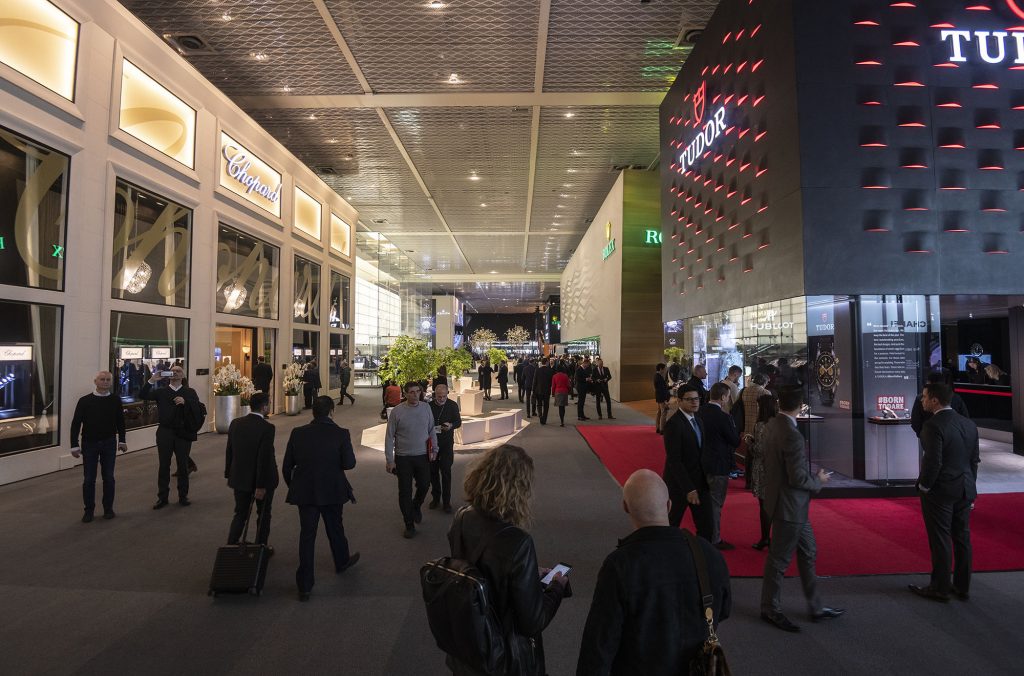 Some punters have speculated that it was pressure exerted from the big anchor exhibitors that finally convinced the management to pull the plug, which is entirely possible given the reputational risk to them if an outbreak were to occur, a point that I covered in my previous article more than a week ago.

Will Watches & Wonders and Baselworld be cancelled?

It is possibly a disastrous state of affairs for the venerable trade fair, following declining exhibitor and attendance numbers over the last few years, and the loss of key exhibitors such as the Swatch Group, Breitling, Seiko, Casio and others.

Following the resignation of the René Kamm, chief executive of MCH Group in 2018, the new management of the fair had been working to turn the tide, introducing new initiatives that would lower costs and improve the overall experience for all attendees. Some of these initiatives, such as the new Community District – prefabricated booths that brands could exhibit from without the costs of hiring an architect and builders – were attractive enough to convince some brands who had left, such as Maurice Lacroix, to return.

2020 was the year of the turnaround for Baselworld, with many industry pundits looking forward to judging the efforts of the overhaul that had been planned. Sadly, whatever work has been put in will have to wait till next year. The fallout from the COVID-19 virus continues, and there is really no certainty now on how 2020 will progress for the watch industry, or if indeed, if it might spell the beginning of the end for the Baselworld fair in the long term.

See the full press release below:

Basel, Switzerland, 28 February 2020 – For health safety reasons and in accordance with the precautionary principle following the bans of large-scale public and private events issued today by the Swiss federal and cantonal authorities, Baselworld announces that it has taken the decision to postpone the show to Thursday 28th January 2021 to Tuesday 2nd February 2021 (Press Day on Wednesday 27th January), due to concerns related to Covid-19.

Baselworld, which was to be held from April 30th to May 5th , 2020, has taken this difficult decision in close consultation with its partners and the health authorities in charge, in whom Baselworld has full confidence for their expertise and recommendations for the benefit of exhibitors, visitors and collaborators. Following today’s official ban on large public gatherings which meant direct repercussions for the show, Baselworld had no other option than to make a decision as all preparations, in particular, construction in the halls and of the stands was scheduled to commence next week (start March).

Michel Loris-Melikoff, Managing Director of Baselworld said: “We deeply regret having had to postpone the event as planned due to the coronavirus, in full consideration of the needs of the watch and jewellery industry to be able to benefit from the platform to develop their business. This decision has been all the more difficult in view of all the positives that have been achieved through listening and dialogue over the last few months, which resulted in new concepts and new solutions, that have attracted exhibitors to return and new ones to sign on. We registered encouraging growth in all sectors; watchmaking, jewellery, the gemstone and pearl trade, as well as in the technical branch.

By postponing the show to January 2021, we have found a solution that enables the industry and all our customers to avoid losing a full year and at the same time reset their calendars for the beginning of the year, a period that is conductive to the presentation of their new products, new trends and order taking. This postponing will also allow Baselworld to continue developing and bringing new formats and solutions as well as improvements to the new concept we propose.”

Bernd Stadlwieser, Group CEO of MCH said: “Within the process of the last weeks, I was very impressed by the involvement and trust of all our customers, partners, stakeholders and team, to pro-actively find the very best solution in the interests of the industries. By communicating intensively all together, we were able to work on different scenarios and to jointly decide on the very best one. I would like to thank everybody for their belief in and commitment to our platform.”

Baselworld is not only the largest watch and jewellery event in the world, but is also destined to become the industry’s largest global community platform, active all year round. In the coming weeks, we will be presenting a new digital service that is essential and useful to our entire community, and which we trust will meet the needs of the brands that have become even more important in these difficult and turbulent times.”