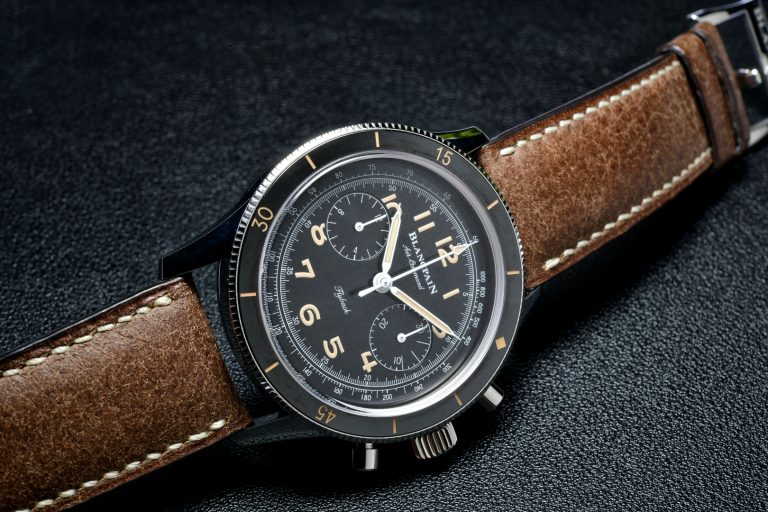 What does it mean to be one of the oldest brands in the world? Plenty of time to do so many things that some of these get forgotten.

This was the thought that came to mind when I encountered the Blancpain Air Command, one of the novelties for the brand for 2019. 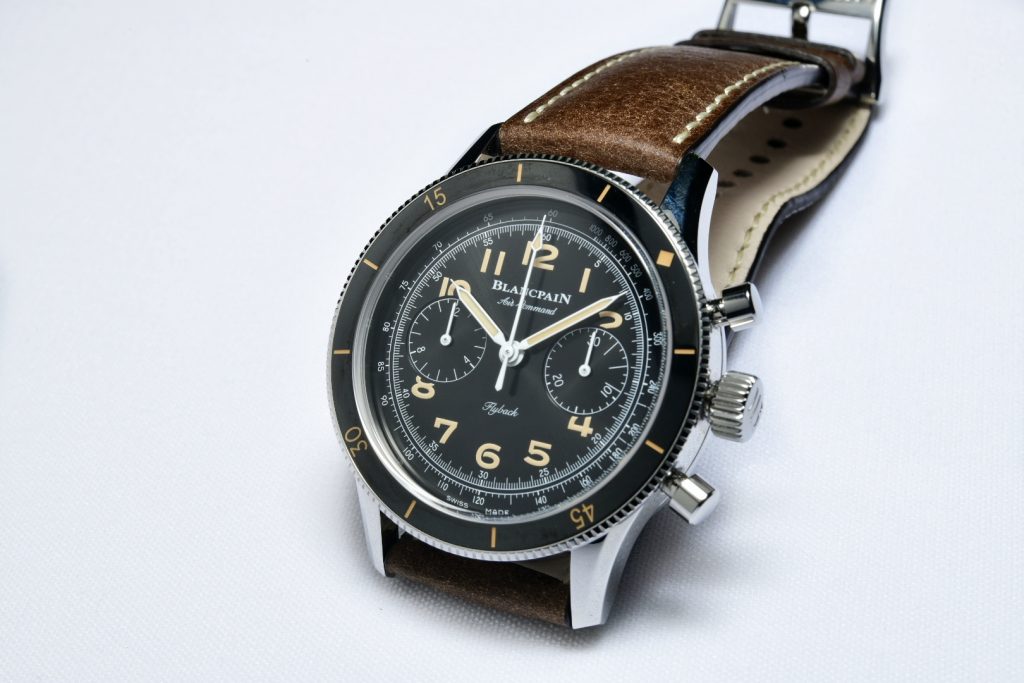 It was genuinely a surprise to see this watch, and as I was lost in its handsomeness, I was for a moment confused as to why there were Fifty Fathoms watches in the showcase just next to it. I mean, with Blancpain, you get beautiful traditional watchmaking on the one hand, or rugged divers on another. Pilot’s watches? Well, that’s more with Breguet and their Type XX and XXI series, but not Blancpain.

Well, turns out that the Blancpain Air Command was indeed a watch that the brand made in the 1950’s. At the time, the French Ministry of Defence was looking for a chronograph as standard issue equipment for their airmen that had a specific set of technical and aesthetic requirements, with these designated under specifications known as “Type 20”. It had to have a small seconds hand, flyback chronograph function, as well as a black dial with luminous markers and hands.

Some time later, when other armed forces began looking for something similar for their own use, Blancpain, who had already been supplying the US Navy with its Fifty Fathoms diver’s watch, began to realize that a chronograph of such a design and specification would be of interest to the US Air Force. To this end, the original Air Command was developed and made, and through their distributor,  Allen V. Tornek, was offered to American military pilots.

12 watches were thought to have been made as prototypes and as it stands now, no information is available regarding how many were ordered and produced, although that number is necessarily quite small, and whatever exists now is as rare as rare can be.

Of course, regardless of the scarcity of information regarding the original watch, what we see with the 2019 reissue is a largely faithful rendition with the main design aspects intact. There is the same tachymeter scale, rotating “countdown” bezel and 30 minute sub-dial on the right, and even the size at 42.5mm vs the older one at 42mm is almost similar. The modern one however replaces the running seconds indicator on the left subdial of the original with a 12 hour counter sub-dial, a nice deviation that gives modern users added functionality, although the lack of a running small seconds does make the dial seem static in comparison when worn. 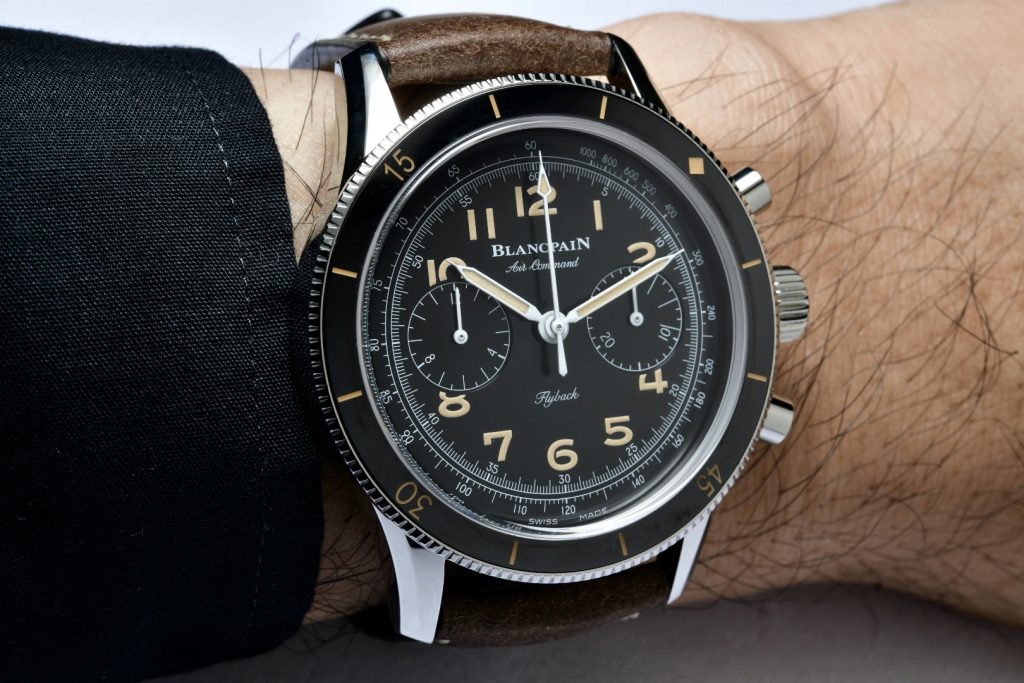 Other nice touches of the 2019 version include the same “Air Command” script under the Blancpain logo, and the same font used for the Arabic numerals, which are covered with orange hued Super-LumiNova®, meant to evoke the look of the faded radium lume of the original. 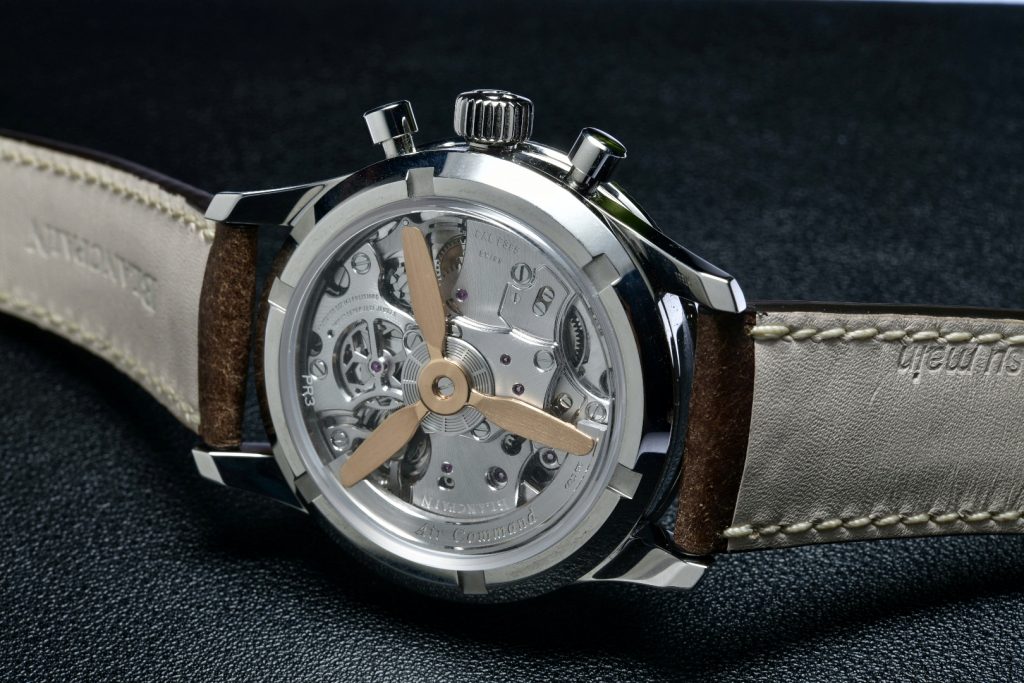 With the front facing aesthetics well taken care of, another surprise awaits when turning the watch over. Unlike the plain covered casebacks of old, the new 2019 Air Command comes with a beautifully decorated movement, the 5 Hz Calibre F388B, plainly visible in all its glory due to the propeller-shaped red gold oscillating weight, that is itself very well done and rather unique. Although some might find the propeller weight quite gimmicky, I happen to like it very much, as it accords well with what the watch is all about, and sets off the spare, but extremely technical design of theF Piguet 1185 derived movement very well.

Of course with the Calibre F338B, we get the best ingredients for a chronograph in a watch, a column wheel and a vertical clutch, with the former giving a nice smoothness to the pusher action and the latter giving a smooth start and stop of the chronograph seconds hand. 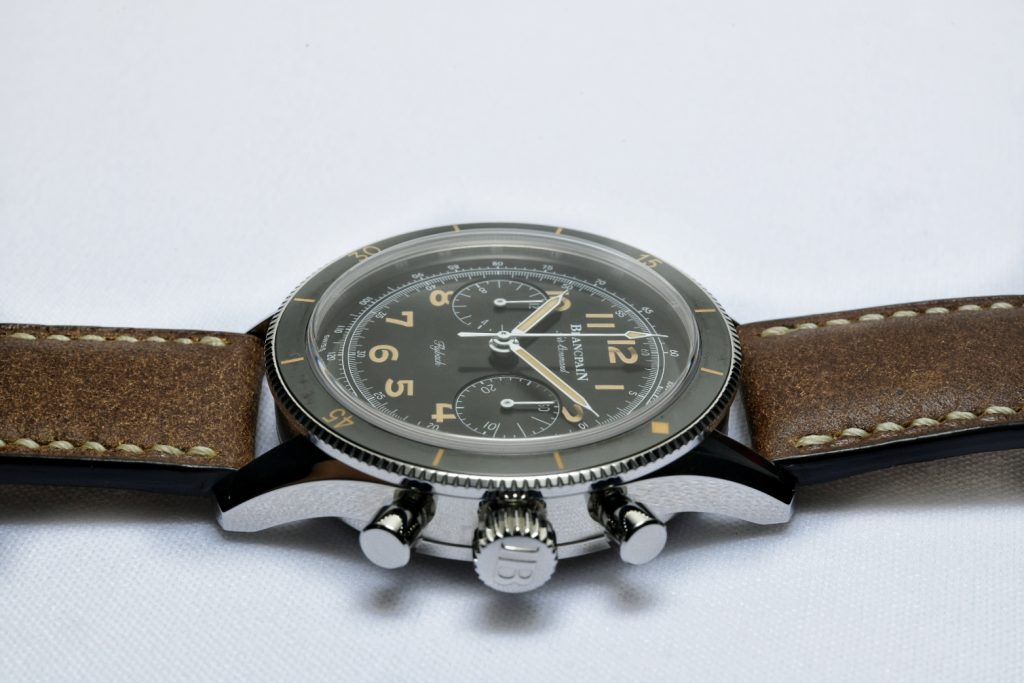 Limited to 500 pieces, this is a watch that will no doubt be popular. Perhaps it will come into the standard collection in the future (with a slight variation to appease the buyers of this version), as I think that it deserves a place in the future of Blancpain’s offerings.