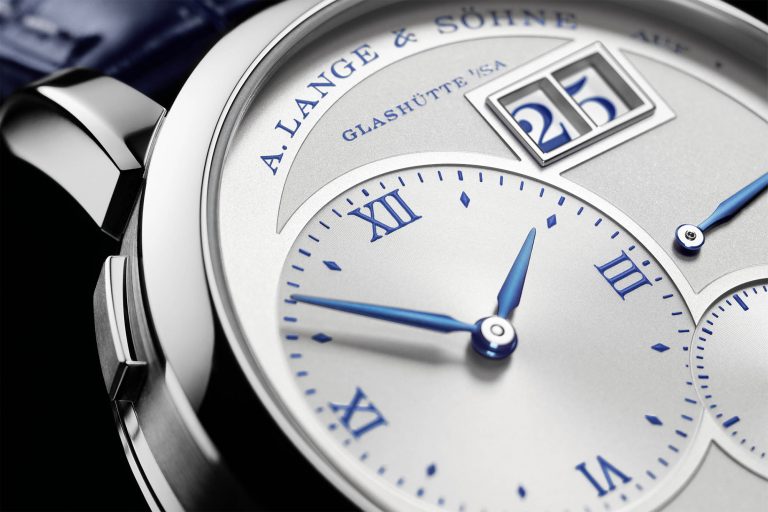 Celebrating 25 Years of the Lange 1

It’s all about the details with A. Lange & Söhne and in this respect, there is no other detail as resonant as the number 25. To this end, we see the announcement from the brand on the LANGE 1 “25th Anniversary”, a few days before SIHH, a watch that is only the first in a series of 10 limited editions, each dedicated to the key milestones of the Lange 1 family, that will be unveiled each month until the 24th of October 2019, the date of the Lange 1’s anniversary. 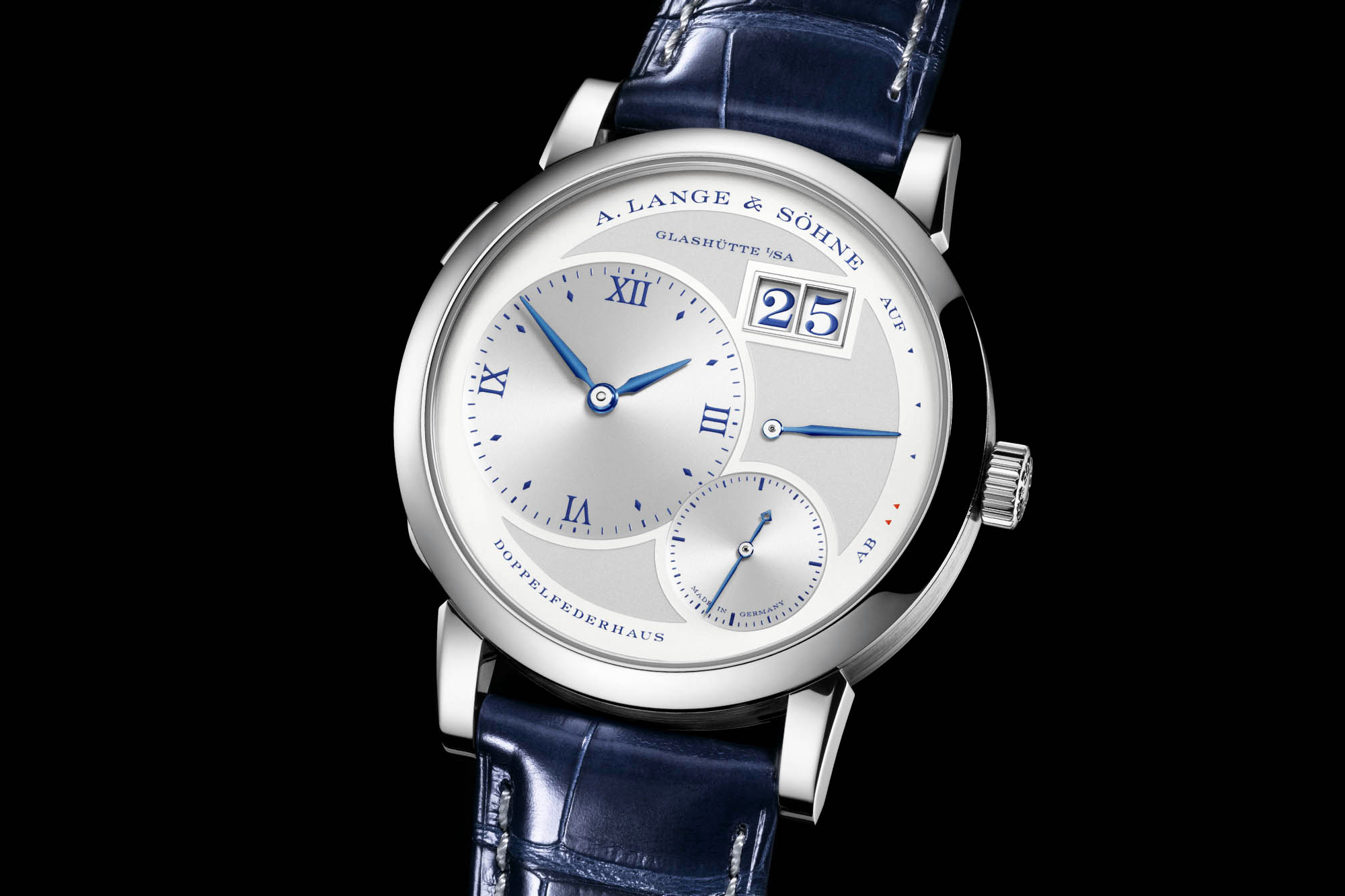 The first watch of the series is in white-gold, with this “25th Anniversary” edition that is limited to 250 pieces. This and the other upcoming members of the collection will have an argenté-coloured dial in solid silver with printed deep-blue numerals and hour markers, blue date numerals, and a colour-coordinated blue alligator leather strap with a grey seam, as well as a specially engraved balance cock that you can see below. 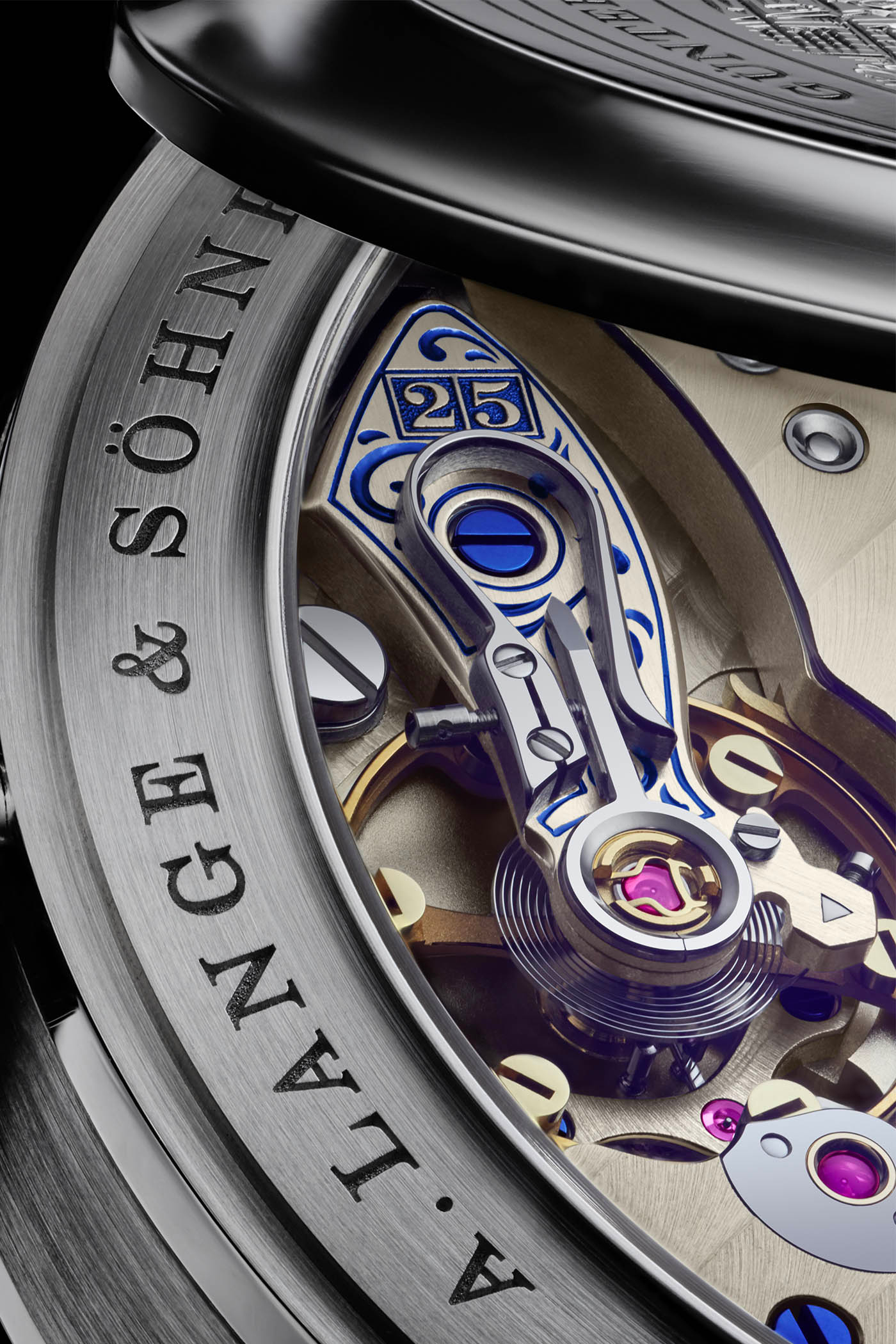 Notable as well is the engraved hinged cuvette in solid white gold depicting the Lange Headquarters that date back to 1873, as well as the the names of Walter Lange and Günter Blümlein, the architects of the brand’s re-emergence, as well as a relief engraving of the inscription “25 YEARS LANGE 1”.

But why is the number 25 important?

2019 marks the 25th Anniversary of when A. Lange & Söhne was reborn, with the momentous event occurring on the 24th of October 1994 at Dresden Castle. This was a date that was the culmination of 4 years of development since 1990 when the manufacture was re-established, and it would be when the first 4 watches from the brand would be shown to the press as well as selected retailers. 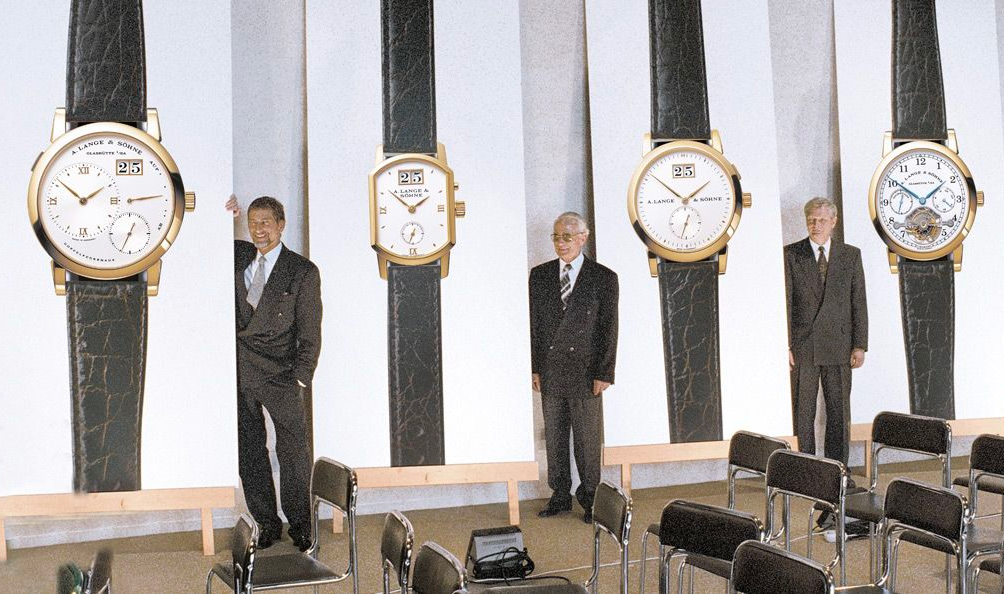 So given that this launch was on the 24th of October, how does the number 25 relate to it? Well, the story goes that even as the launch event happened on the 24th, all the watches and all the pictures of the watches that had the outsized date were set to the 25th. There is a simple explanation – the newspapers that would carry the story of the launch could only be printed for the next day, and A. Lange & Söhne wanted to have the date on the watches correspond to the date on which readers would see the pictures of them.

It was a nice touch that is certainly evidence of the attention to detail that characterises all Lange watches. To this day, all official pictures of Lange watches with an outsized date are set to the 25th, in remembrance of this fact. Certainly, if A. Lange & Söhne were launched today, in the era of the internet and digital cameras – they probably would not have to do it this way. 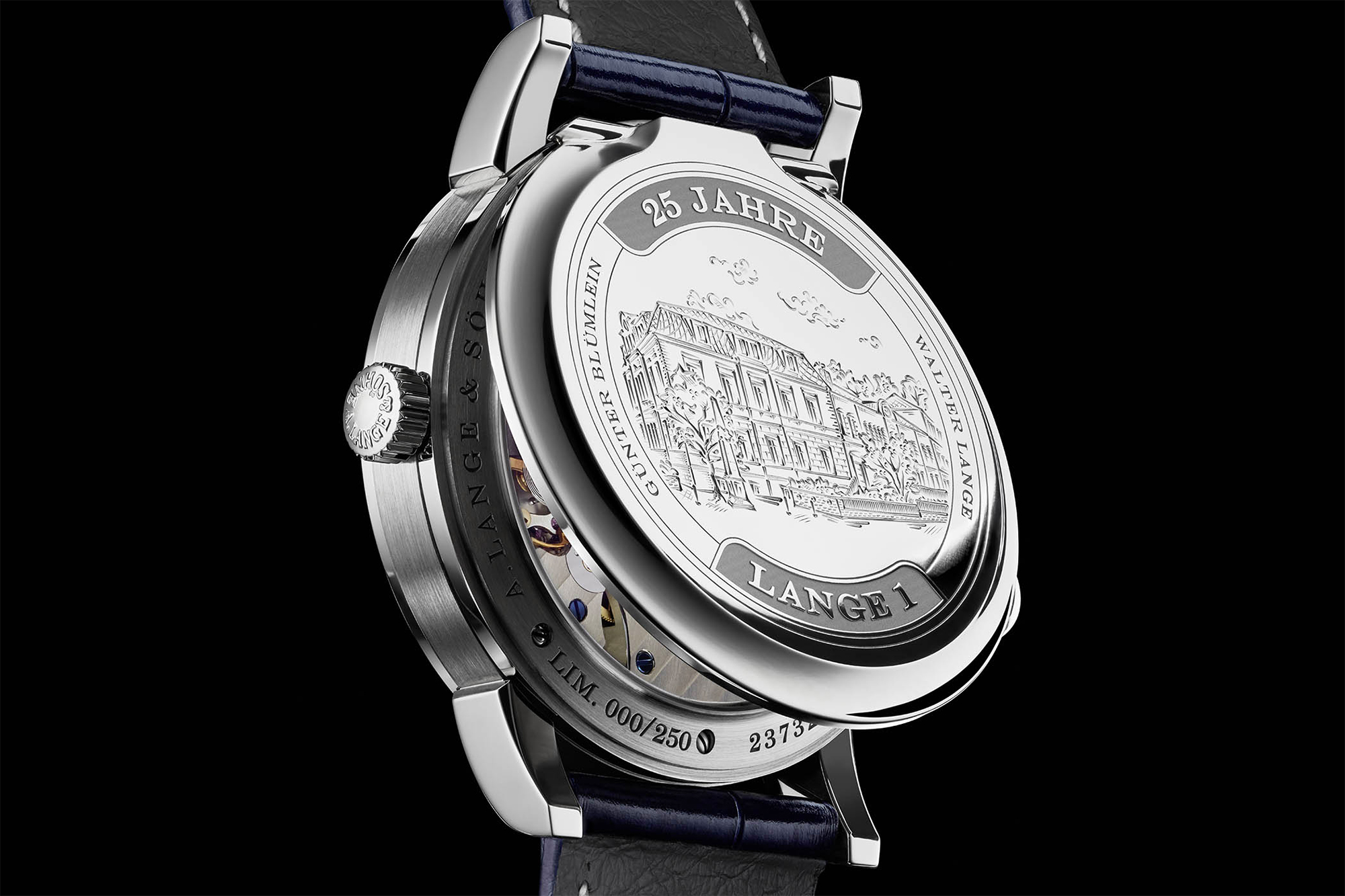 Certainly, this is a watch that I am looking forward to seeing at this year’s SIHH, and it is nice to see as well Günter Blümlein being honoured in this limited edition. Overall, this is very cool watch that is a fitting tribute to an iconic family, and one that happens to be my favourite as well.