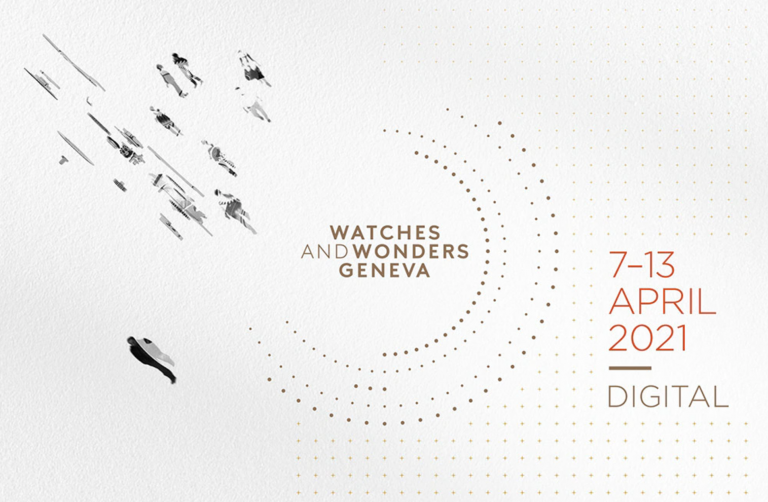 One year into this new normal, we have seen adaptations to business that revolve primarily around the digital realm – and it is really quite understandable why brands are looking to reach out to their customers in this fashion. With the increased amount of screen time, whether on laptop/desktop computers, to mobile devices, there has never been a more appropriate time to communicate digitally with the public. With all of this in mind, the watch industry has seen a monumental shift in the way that it communicates and releases watches. With marketing budgets being reallocated from physical media to digital, we’ve seen increased proactivity in the way that brands and retailers are positioning themselves in front of the consumer. This also comes with an increased production value of the content that has been created – arguably, 2020 has helped create some of the best digital watch content (photo and video) we have seen since the industry’s gradual adoption of the medium in the early 2000s.

With this being said, the one element that has been the talk of our industry, especially in the first half of 2020, was that of the tradeshow. Adi Soon, our editor has written extensively about his opinions on the demise of Baselworld (see his article: The Golden Goose (Baselworld) is Finally Dead), as well as the writer of this article (see Martin Goh’s article: Opinion – Baselworld’s Demise and the Meaning of Privilege).

The future of the watch industry tradeshow seemed very much in doubt last year, with cancellations and “postponements” being a result of the global health crisis – however, one tradeshow went ahead, and showed the possibility that brands bring the impetus needed to a digital version of a tradeshow, and this was Watches and Wonders, formerly the Salon International de la Haute Horlogerie (SIHH).

Four brands that arguably have the largest pull factor to the show – Chanel, Chopard, Patek Philippe and Rolex effectively heralded the death of Baselworld, with many of their executives expressing their dismay at the fair. In particular, Thierry Stern of Patek Philippe summed up their feeling as such: “Today Patek Philippe is not in line with Baselworld’s vision anymore, there have been too many discussions and unsolved problems, trust is no longer present”. As Wined Dined and Timed has written, much of the industry is based on gentlemen’s agreements, agreements that were very much violated during the “postponement” phase of Baselworld during the pandemic.

However, the 2020 edition of Watches and Wonders proved that a digital watch tradeshow can exist, and be successful. Furthermore, a press release dated in November 2020 from the organising committee of Watches and Wonders also shows the future of the watch tradeshow – with the continued pandemic raging in Europe, a digital version of the show was a no-brainer. Curiously, the 4 brands that were supposed to have a show concurrent to Watches and Wonders have now signed on to exhibit at Watches and Wonders – Chanel, Chopard, Patek Philippe and Rolex. This not only demonstrates the viability of the digital tradeshow, but also the level of trust between the Fondation de la Haute Horlogerie and the 4 brands that left Baselworld. There is also no doubt that these brands will bring many more visitors to the digital tradeshow, given that their presence at Baselworld drew most of the crowds for watches.

There is no doubt that brands have changed their ways of communication during the pandemic, and rightfully so. However, I do not believe that a digital-only tradeshow or unveiling will be the way of the future. There will always be a place in the luxury industry for physical gatherings, and where possible, these will occur so that journalists and enthusiasts can touch, feel and experience the product. Watches are a part of the luxury industry that still needs physical presence for the watch to have an effect on the viewer, and so I believe that tradeshows will go back to being physical tradeshows when possible, but include much more digital interactivity than ever before. Unveilings may be made live, like with the recent Hublot x Murakami piece that was released at LVMH Watch Week in 2021, and keynote speakers may feature again, like at SIHH 2019 (recommended viewing: https://youtu.be/M9Pqi-QMoQw – Max Busser’s Keynote at SIHH 2019).

The operation of a simultaneous digital and physical tradeshow will bring much more attendance through the following means – journalists and enthusiasts are brought together in one place to broadcast the new releases, and watch connoisseurs on far-flung sides of the Earth can enjoy the media and created content at their convenience. In this way, it is really a win-win situation for all parties involved – even the brands get more impressions on their pieces. Now, it just comes down to how much the brands are willing to invest into such an omni-channel experience. We can only hope that the brands see the value in this omni-channel method, from first viewing (online through watch media or through advertising) all the way to final purchase that can occur months or years down the line.