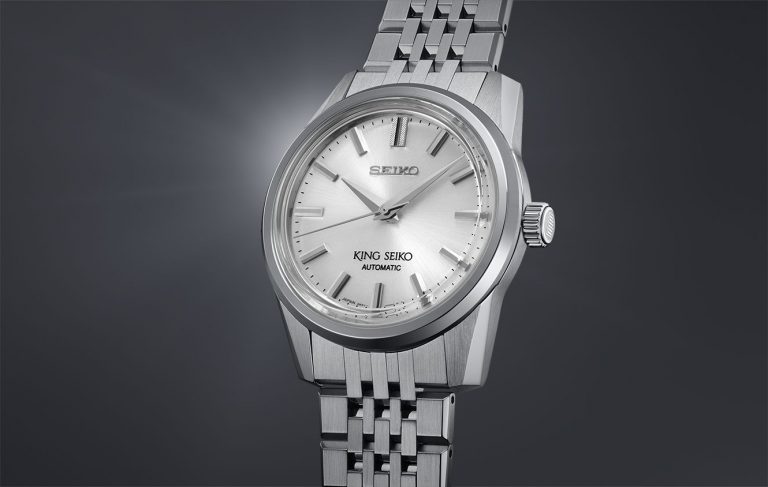 Over the past few years, Seiko has had a way with watch enthusiasts like no other brand. With its ability to produce watches all across the price spectrum, its offerings from Prospex and Presage, as well as its sister brands Grand Seiko and Credor have captured the hearts and minds of those who love horology. Up to now, Grand Seiko has taken the spotlight as the company’s premium international offering, however, in 2022, the covers have been pulled off a permanent King Seiko collection, one that not only gives Seiko fans another historical cover, but also sheds more light on Seiko’s history as a whole.

Born in 1965, the King Seiko “KSK” model was a product of fierce internal competition between the two major factories within Seiko’s corporate structure – Suwa Seikosha based in Nagano (that we know today as Seiko Epson Corporation), and Daini Seikosha originally based in Tokyo (now known as Seiko Instruments Inc.). It was during this period that the Japanese watchmaking industry was attempting to assert itself on the world’s stage as a manufacturer of premium watches, and so the two factories began producing the highest quality watches they were capable of. Thus, it came to be that Grand Seiko would be the product of Suwa Seikosha, and King Seiko would be crafted by Daini Seikosha, with one subsidiary trying to outdo the other. King Seiko would meet its end in 1975, but not before the brand along with designer Taro Tanaka developed the “Grammar of Design” that would not only influence King Seiko designs, but be carried over into Grand Seiko of the past and present.

The King Seiko of today has seen a re-edition for the 140th Anniversary of Seiko in 2021 (celebrating its beginnings in 1881), and is now available in a five-watch collection that will be a permanent addition to the stable.

Continuing the sharp, angular design of the 1965 original, the new King Seiko models measure 37mm in diameter, and 12.1mm thick, with a box-shaped sapphire crystal reducing the apparent thickness, and accentuating its mid-20th century design. The dials are also classical in design, featuring minimalist hour markers and dauphine hands – the model also carries on some of the original dial designs, such as a version in a sunburst silver dial like the originals, and the ‘Clous de Paris’ texturing on the 12 o’clock hour marker. This version of the watch does not feature the date, much like one of the originals from 1965, providing a lot of purity to its balanced design. The only modern addition to the dial is the relatively contemporary notation of “Automatic” on the dial, in a sans serif font – replacing the “Diashock 25 Jewels” text of the old models and the 140th Anniversary re-edition.

In addition to the sunburst silver dial that is closest to the original, there are vertically brushed silver, black, brown and red dial versions available in this new collection, providing more choice to this otherwise conservative design. Available on a ‘beads-of-rice’-style bracelet with a double-folding push button clasp, the watches are also available on alternative leather straps on pin buckles that are provided by Seiko.

Powering the watch behind a solid steel caseback is the in-house 6R31 movement that is related to the movement used in the 140th Anniversary King Seiko, except with no date functionality. The movement runs at 21,600 vph or 3Hz, and is fully autonomous for 70 hours.

The rebirth of King Seiko is another step in Seiko’s journey to assert its presence on the world stage. It could be said that Seiko is at the forefront of showcasing Japan’s craftsmanship to the world, and King Seiko is an exercise in calculated design – an exercise that shows that design is an international language. Furthermore, in shedding light on King Seiko, Seiko is opening up more of its history for the world to see, giving an insight into how the company continues to challenge perceptions, and further the craft of watchmaking from all angles – aesthetically and mechanically.