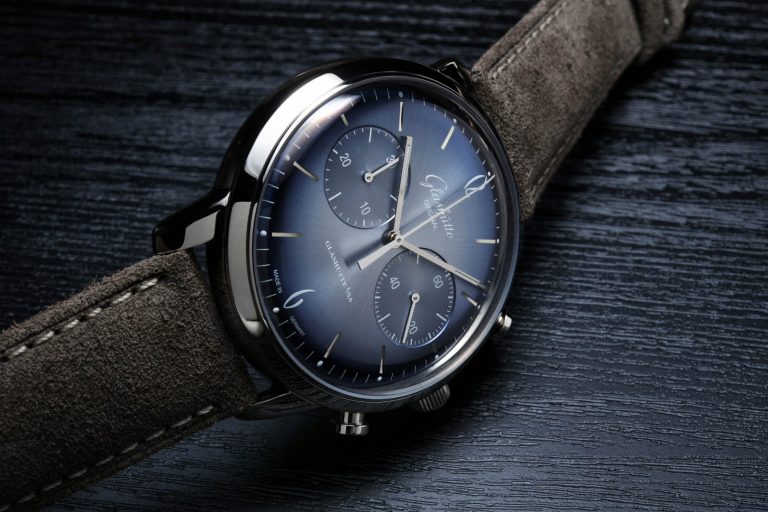 The Sixties Annual Editions from Glashütte Original have become something of a yearly tradition, despite the fact that they have only been around since 2018. There is a good reason for that. Aside from being decked out with dials with off-beat but beautiful colours, they also came with the glorious design language of the Sixties collection, which as the name implies, comes from the era in which the brand actually made watches that looked like that from that era.

2018 saw green dials, while 2019 saw orange dials (see above), and the pair of watches that were part of both Annual Editions were the Sixties and the Sixties Panorama Date. Both editions were certainly extroverted in character with their dial colours, which was part of why they attracted the attention that they did, being of tones that were period correct, yet refreshing in their appearance in these modern times. 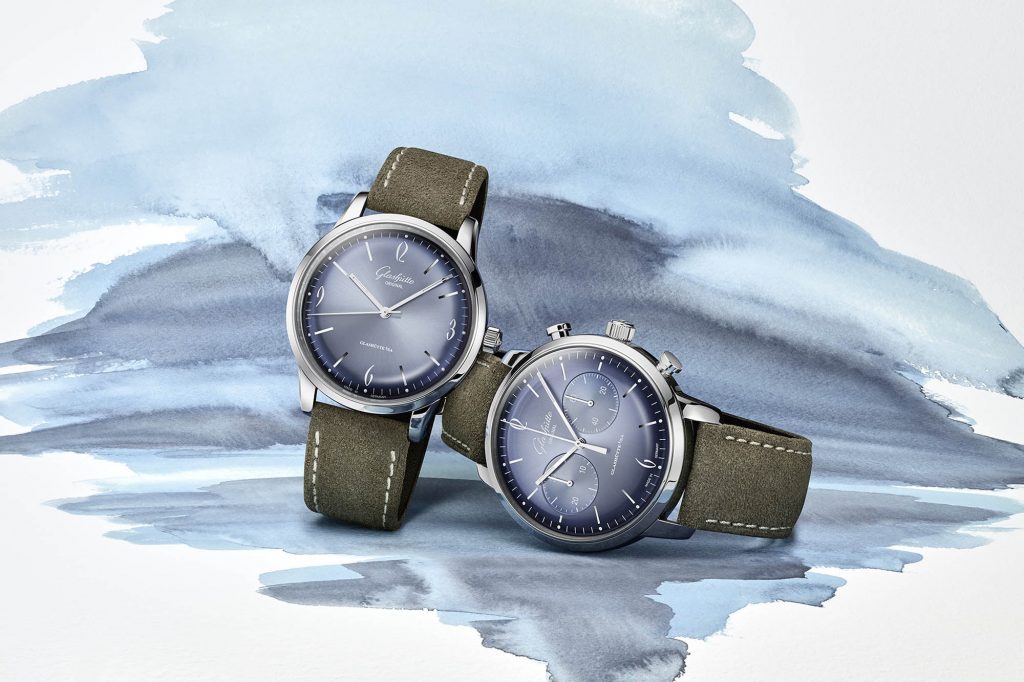 For this year however, Glashütte Original has decided to pull things back a little bit, and have gone with a cool glacier blue for the dial colours of the two watches. Not only that, the Sixties time only watch remains, but the Sixties Panorama Date seen previously, has been swapped out for the decidedly more technical Sixties Chronograph. 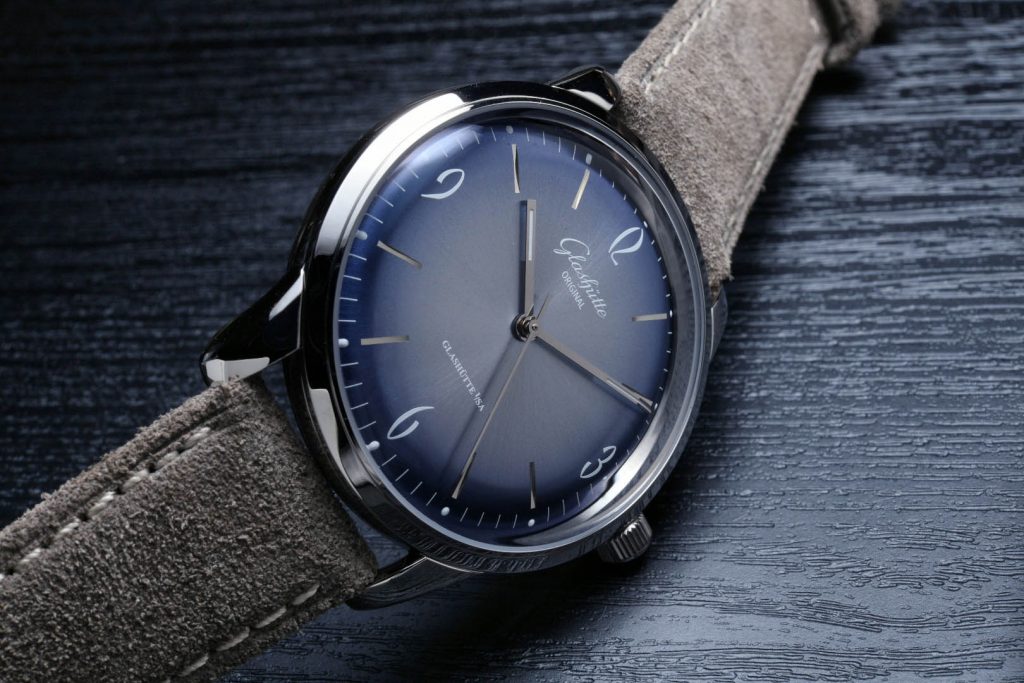 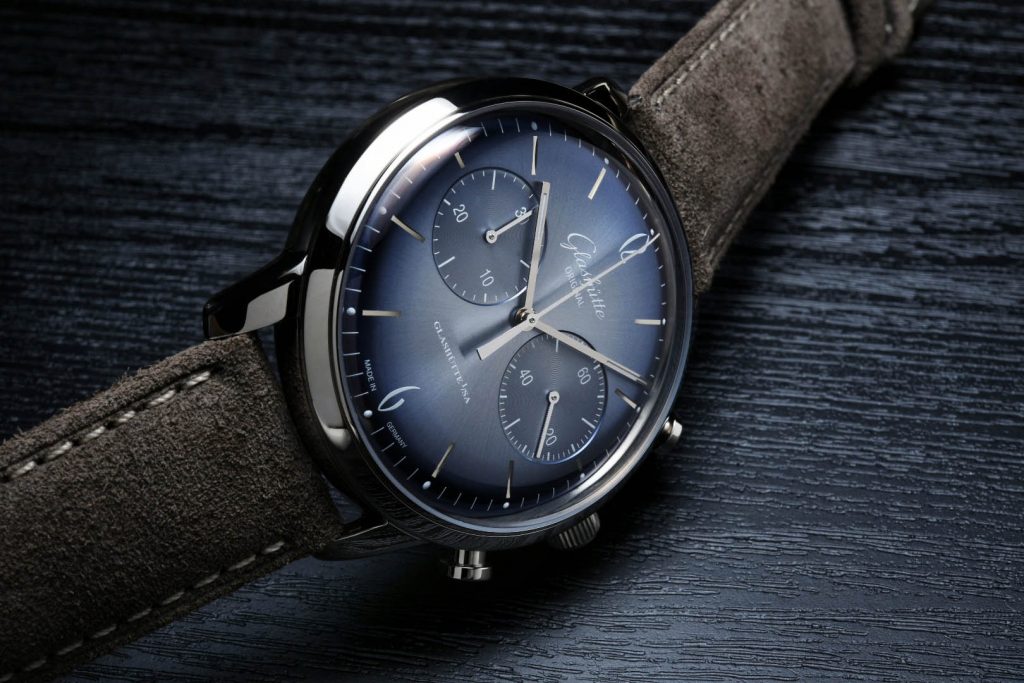 Inspired by alpine scenery and glaciers, the offering is certainly more elegant in feel and makes use of one of the brand’s less well known abilities – the in-house manufacturing of the dials themselves.

Glashütte Original’s in-house dial manufactory in Pforzheim, Germany is the place where the delicate handcrafted dials are made. 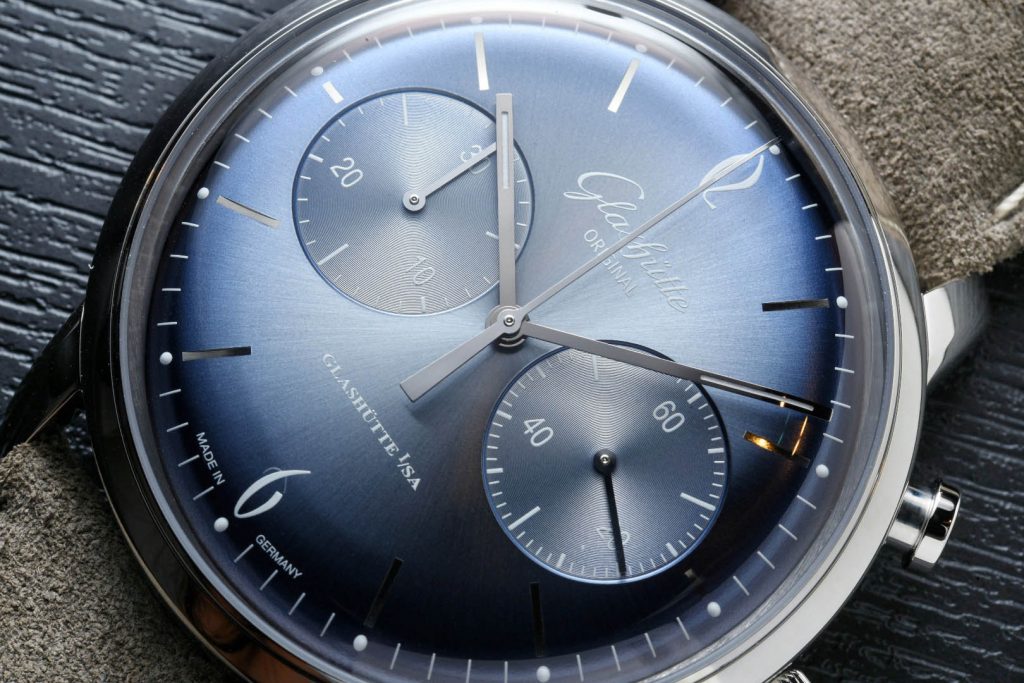 First, the dial blanks are given a delicate sunray finish before being pressed into their characteristic domed shape and then given a galvanic nickel coating.

It goes without saying of course that the colour gradient of each dial is unique given the hand crafted nature of their creation. Their unique colour, set against the backdrop of the signature features of its1960s design – with domed sapphire crystals, curved hands and characteristic Arabic numerals make an aesthetic that is undeniable in its attractiveness.

Size wise, both are spot on in their level of restraint, with the Sixties being 39mm wide while the Sixties Chronograph comes in at 42mm wide. 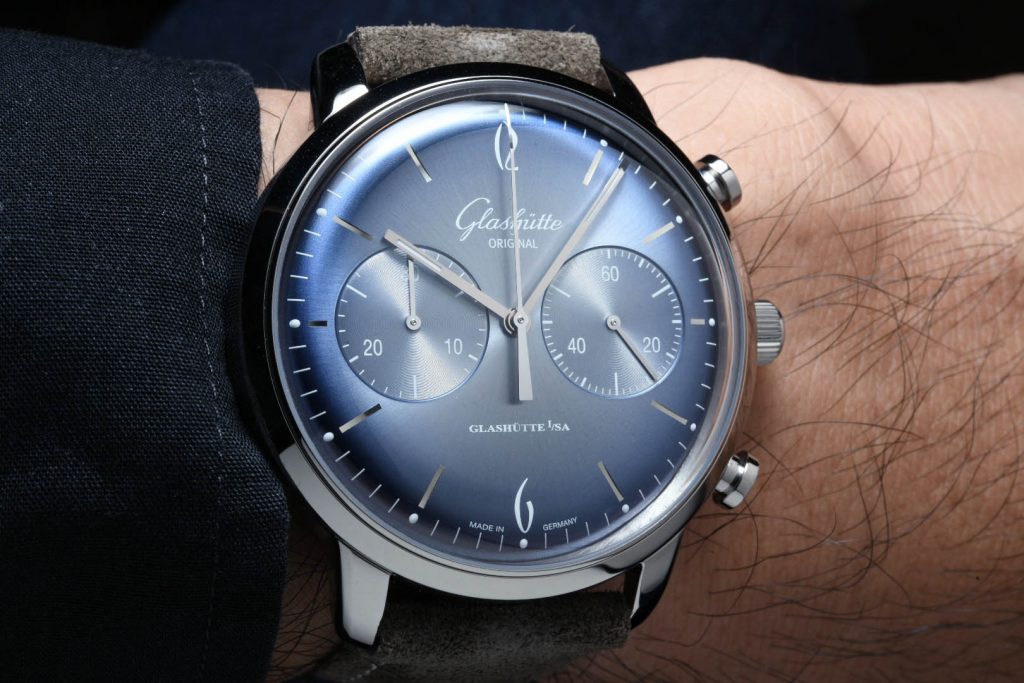 Lastly, in order to match the blue dials, both watches are offered on brown grey nubuck calfskin straps with lightly contrasting stitching and a pin buckle.

Both models in this annual edition are not limited by number, but by the length of their availability at Glashütte Original Boutiques and selected authorised dealers.